Japanese media claims that Nissan chairman Carlos Ghosn under-reported his income by millions of dollars for many years.

We're used to seeing VW Group executives being prosecuted for their involvement in the infamous dieselgate scandal. This year, Audi's CEO was arrested and subsequently dismissed for withholding potential evidence connected to the emissions cheating, but now Nissan is facing serious trouble at the top.

According to a statement issued by Nissan, the company's chairman, Carlos Ghosn, is being fired for "serious misconduct" after an internal investigation revealed that both Ghosn, who is one of Japan's highest-paid executives, and Representative Director Greg Kelly have been "reporting compensation amounts in the Tokyo Stock Exchange securities report that were less than the actual amount, in order to reduce the disclosed amount of Carlos Ghosn's compensation" for several years.

The automaker also found that Ghosn had committed other "significant acts of misconduct" such as such as using company assets for personal use. Kelly was also "deeply involved" in the scheme, according to Nissan.

Nissan hasn't specified the scale of the chairman's under-reporting, but Japanese media claims that Ghosn under-reported his income by around $44 million over five years. Nissan says it "deeply apologizes for causing great concern" to shareholders and stakeholders. Ghosn has also been arrested by Tokyo police according to Japanese media.

The news has rocked the auto industry, as Ghosn has worked for the industry for nearly 20 years and is credited for turning Nissan around in the early 2000s when the automaker was on the brink of bankruptcy. He is also the chairman of Mitsubishi and Chief Executive of Renault, so his dismissal will have widespread ramifications. Renault's shares have already fallen by 13 percent after the news. Nissan has not said who would replace Ghosn as chairman nor when the board of directors would decide to remove him. 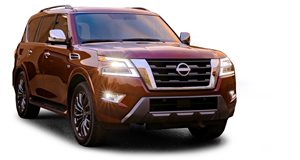