Will the US be next?

As part of an ongoing trend for global automakers, Nissan is the latest brand to make the strategic decision to quit building diesel-powered vehicles in the Europe and the UK. The news comes from Cars UK and some Japanese media outlets, all of which are reporting that the Japanese automaker is permanently getting out of the diesel business. Apparently, this move wasn't much of surprise. Aside from FCA and Toyota, who have made similar diesel announcements, Nissan already cut the workforce at its Sunderland, UK production facility.

The reason being decreased demand for diesel-powered cars. In other words, the writing was on the wall regarding the future of Nissan diesel in Europe. Even Renault-Nissan CEO Carlos Ghosn stated back in 2015 that he believed diesel had passed its peak, meaning it would soon be replaced by new powertrain tech that more easily meets rigorous C02 standards. And then there's the whole Dieselgate debacle, brought to us by Volkswagen. As history will likely show, that was the beginning of the end of diesel. Fortunately for Nissan, it's well positioned for a post-diesel world. Remember, it was the first mainstream automaker to offer an affordable EV in several global markets, the first generation Leaf.

While not perfect, the original Leaf proved it was possible for an EV to function as a daily driver. The second generation Leaf, now on sale, is better than its predecessor in every way, specifically driving range. Nissan will soon launch additional EVs, specifically a crossover sharing the Leaf's platform and many other components. But what's going to happen to Nissan's relatively new Titan XD full-size pickup truck in the US? At least for the time being, we haven't heard of any plans to discontinue it, though that could change. We've reached out to Nissan for comment regarding this and we'll provide an update once we have one. 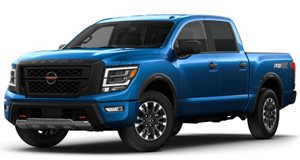