Nissan Has Major Changes Coming To The Titan And Titan XD

If you want a diesel, you'd better act fast.

The Nissan Titan has a major problem called Detroit. All three of the big three American trucks, the Ford F-150, Ram 1500, and Chevy Silverado, massively outsell Nissan's full-size Titan. In fact, Nissan only managed to move 2,242 Titans in July 2019 (including XDs), which is around the same number of full-size trucks Ford sells in a single day. Sales simply can't keep going in this direction and according to The Drive, big changes are coming to the Titan for 2020.

If you're in the market for a Titan XD with the 5.0-liter Cummins diesel V8, you'd better act fast. Nissan has officially announced it will stop offering the Cummins engine at the end of 2019 and there is no word on how many are still slated to be built, so be sure to check if your local dealership still has any in stock.

Nissan says it will replace the Cummins engine with a new gasoline engine before the end of 2019. This could mean the long-rumored V6 engine could finally be arriving later this year. "This will help better position Nissan in the long term as we prepare for the launch of the new, dramatically refreshed 2020 Titan and Titan XD Gas later this year," a Nissan spokesperson said.

The Cummins V8 was unique when it debuted in 2016 with 310 horsepower, 555 pound-feet of torque, and a towing capacity of 12,830 pounds. But with heavy-duty trucks like the RAM HD now producing over 1,000 lb-ft of torque, the Titan's diesel engine doesn't feel as competitive anymore.

Nissan originally designed the Titan XD to slot between full-size, three-quarter-ton trucks and heavy-duty, half-ton models. The Titan was just refreshed for 2019 but a "dramatically refreshed" 2020 model could be exactly what Nissan needs to increase sales. There is no word of when the 2020 Titan will be revealed but last year's model was shown at the Texas State Fair in September. 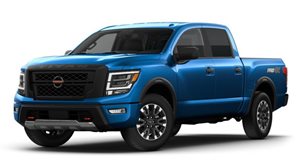 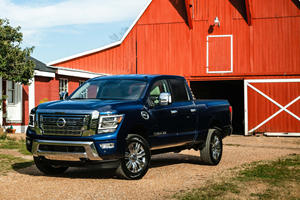