What's going on over in Japan?

Nissan has been in the news for all the wrong reasons lately after the Japanese automaker and its French partner Renault failed to complete a proposed merger with Fiat Chrysler Automobiles. As the merger talks progressed, it became clear that Nissan was not on board because the company would lose shares in (and control over) its alliance member Renault.

Sources say secret merger talks are still being held with FCA, but the problem is that Nissan's relationship with Renault may have crumbled to a point where the alliance is no longer beneficial. The Financial Times (subscription required) reports that several Renault-Nissan joint business functions are being abandoned following the arrest of former alliance chairman Carlos Ghosn.

Sources at FT claim that divisions within the Renault-Nissan Alliance, such as light commercial vehicles, sales and marketing, and communications, have all issued layoffs. Even more worrying, Ghosn's "CEO Office," which formerly ran the day-to-day functions of the alliance, is now being disbanded. Before his arrest, Ghosn promised to "make the alliance irreversible," a pledge that now appears to be breaking down. The situation has deteriorated so far that Ghosn's replacement, Renault CEO Thierry Bollore, is reportedly not on speaking terms with Nissan CEO Hiroto Saikawa.

As it sits, the two companies barely even share components, which has seriously hurt Nissan's lineup in the US.

Nissan could benefit from sharing platforms with Renault. Models like the Clio and Megane could be rebadged as the Versa and Sentra, instantly making both models prettier and more up-to-date-looking when parked next to their competitors. Since Renault doesn't sell any of its cars in the US, consumers likely wouldn't notice the rebadging, and it would be a quick way for Renault to capture a piece of the US market. Nissan is currently pushing for more control within the alliance, but with the FCA merger still on the table, it's unclear about where these discussions will end up. 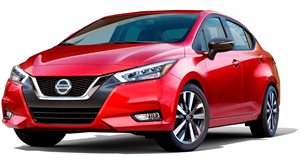