Nissan Teases New SUV: Could It Be The Xterra?

All will be revealed next week.

It's been a busy year for Nissan. Along with a new logo, the company has also promised to bring excitement back to the brand by showing us the Z Proto, a new sports car that replaces the geriatric 370Z. All of this is going on while Nissan is reportedly considering selling its stake in Mitsubishi. Despite all of this, Nissan isn't too busy to reveal another new vehicle this year, and as you can tell from the short teaser clip below, it looks like it's going to be a truck-based SUV. While we have no confirmation just yet, it seems that the new vehicle will be a refreshed version of the Terra SUV sold in markets outside the US.

While the rumor mill is suggesting a facelift of the Terra, it may be getting a name change too. The video shows the script 'Nissan X-perience', which points to an X in the name of the new model. One possibility is that this new vehicle will bring with it the revival of the Xterra nameplate. However, rumors of this name being revived have been circulating since 2017, so we could well be disappointed yet again. Whatever this new SUV is called, it's unlikely that it will be offered domestically, as the video was posted by Nissan's Middle East division.

While the video doesn't reveal much, we can see that it will look vastly different to Nissan's newest and much smaller crossover SUV, the Magnite. We see large LED headlights with sculpted LED taillights, while the profile reveals that this vehicle will be quite large, although likely not large enough to seat seven. We'll have more information once the new vehicle is revealed on November 25. Who knows? With enough interest, Nissan may be persuaded to offer the new SUV here. 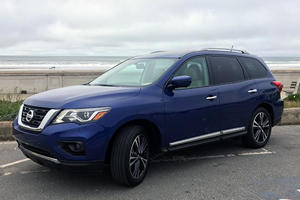 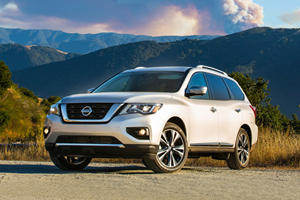