Official: Ferrari GTC4Lusso Has Been Discontinued

The era of the Purosangue is about to begin.

Starting next year, Ferrari will begin manufacturing the type of vehicle it once said it'd never build. The Ferrari Purosangue is scheduled to premiere in 2022 and while it likely won't be a conventional SUV with serious off-road capabilities, it'll still be a formidable player in the ultra-competitive exotic SUV segment. The Lamborghini Urus and Porsche Cayenne are two main rivals. But what about a certain other Ferrari with spacious rear seating for two passengers, a V12 engine, and standard all-wheel drive?

We are, of course, talking about the Ferrari GTC4Lusso and the V8-powered version, the GTC4Lusso T. Just last week, we heard a rumor that both versions of Ferrari's one and only shooting brake had been discontinued. Ferrari denied it at the time but has now confirmed what we suspected.

"In accordance with its five-year model strategy announced in 2017 and the company's standard model life cycle, Ferrari has phased out production of the GTC4Lusso and GTC4Lusso T."

Launched in 2016 as a successor for the equally weird but also brilliant Ferrari FF, the GTC4Lusso retained the FF's naturally aspirated 6.3-liter V12 but increased output from 650 hp to 681 hp. The GTC4Lusso was also one of the first Ferraris to receive rear-wheel steering. In 2018, the GTC4Lusso T debuted, though it came powered by a 3.9-liter twin-turbo V8 rated at 602 hp. Unlike the V12 version, the turbo variant was rear-wheel-drive-only.

Like the FF, the GTC4Lusso and GTC4Lusso T were the most practical Ferraris ever. Their discontinuation marks the end of an era and the start of a new one. Along with the upcoming Purosangue SUV, the Ferrari Roma grand tourer also serves as a replacement. Its rear seats aren't anywhere near as spacious or comfortable but its sleeker styling inside and out is sure to win over buyers.

Ferrari hasn't stated whether it'll offer some sort of GTC4Lusso final edition, but chances are it'll unceremoniously drive off into the sunset as the last few units should roll off the Maranello assembly line soon, assuming they haven't already. 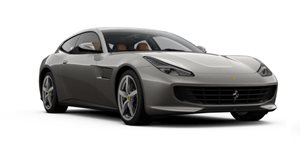 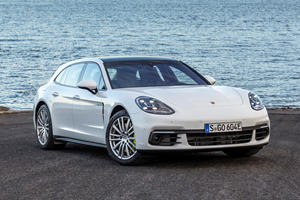