Maserati's Ferrari-sourced V8 will soon be replaced with a new twin-turbo V6.

Maserati's current engine lineup includes Ferrari-sourced 3.0-liter V6 and V8 engines, but we've known for some time now that this contract will end soon. Replacing Ferrari's V8 will be a new, more efficient 3.0-liter twin-turbo V6, which will power the upcoming MC20 mid-engine sports car with some electrical assistance.

According to a new report by Automotive News, this new V6 unit will power at least four future Maserati models and will be electrified to improve efficiency. It will also be used in a new midsize Maserati SUV being built alongside the Alfa Romeo Stelvio, as well as the all-new GranTurismo and GranCabrio sports cars that will be built at Maserati's Grugliasco factory.

The output of Maserati's new twin-turbo V6 was previously unknown, but Automotive News claims it will produce up to 542 hp in the GranTurismo and GranCabrio sports cars and 523 hp in the new SUV.

The power output of the MC20 hasn't been confirmed, but reports have suggested it will have over 600 horsepower. Electrified versions of the new V6 will also replace the 3.8-liter V8 in the Maserati Levante SUV with outputs of 523 hp and 572 hp, as well as the Quattroporte sedan. A version of this V6 powerplant will also be offered later this year on refreshed versions of Ghibli and Quattroporte with 582 hp.

While Maserati's contract with Ferrari expires this year, the phase-out date of the Ferrari's engines will vary for different models according to a Maserati spokesperson. The new twin-turbo V6 will reportedly feature "turbulent jet ignition" technology used by German supplier Mahle for Ferrari's Formula One racer. It replaces the standard spark plug with a jet ignition pre-chamber assembly that improves efficiency and reduces emissions.

Next month on July 15, Maserati will reveal the new Ghibli facelift, which will use a 48-volt mild-hybrid version of FCA's 2.0-liter, four-cylinder gasoline engine, while the debut of the MC20 has been delayed until September. 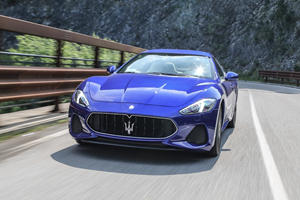 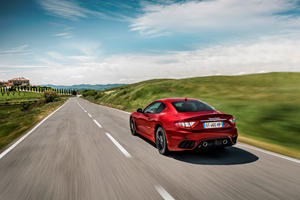 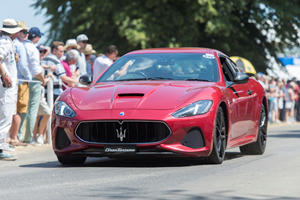 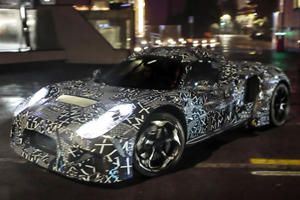 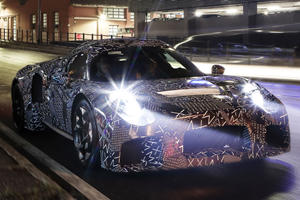