This is the last year you will be able to get a hold of the Nissan Altima hybrid sedan. According to recent reports, the Japanese automaker has decided to pull the plug on the Altima hybrid after a four year run. Despite the Altima being one of the best-selling models in the US, the same cannot be said for its hybrid version. The Altima hybrid has a 2.5-liter four-cylinder that generates a respectable 198hp while using a nickel-metal-hydride battery pack.

In reality, Nissan simply licensed this technology from Toyota. Unfortunately, the hybrid did not catch on with its gasoline engine counterpart and is about to give its farewell speech by the end of the year. One reason it was not more popular is because Nissan only released it in California and eight other states that included New York, New Jersey, Connecticut, Rhode Island, Massachusetts, Maine, Vermont and Oregon. They also followed California's strict emissions laws. In the end, it just wasn't practical for Nissan's bottom line. 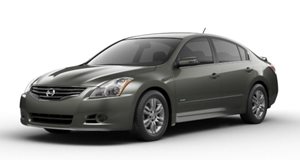