One Of The First Ferraris Ever Made Can Be Yours...For A Price

If you want to own one of the earliest examples of a Ferrari, this could be your best bet.

As one of the most prolific supercar makers in the world, Ferrari has a long-established history. Technically, the first ever Ferrari was the V12-powered 125 S racing sports car in 1947, but only two of those were made. Its successor, the 166, soon followed with 39 examples – and one of them is heading to RM Sotheby's upcoming auction at Amelia Island, which doesn't happen very often. This specific example, chassis number 0058 M, is a 1950 model which goes back to the early roots of the company. 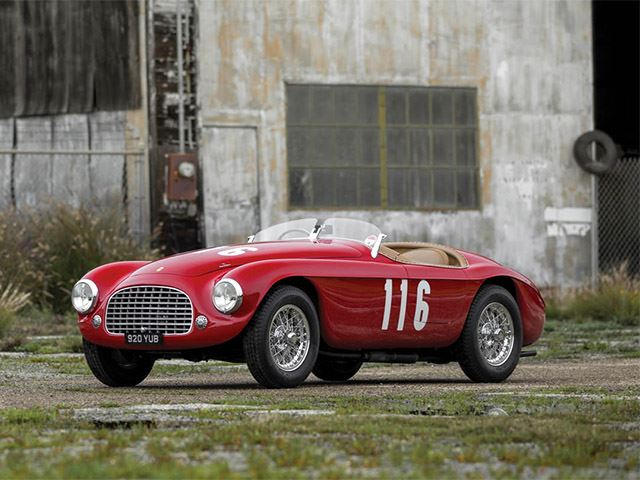 It is the 27th out of the 32 166 MMs that were produced, named for its involvement in the Mille Miglia race and one of the last to be bodied by Touring. It competed in the 1951 and 1953 Mille Miglia championship where it placed sixth in its class in its first appearance, as well as other racing events in Europe and America. It's been well cared for, having been owned by Ferrari Club of America's Chief Judge Ed Gilbertson for over two decades, and winning the Hans Tanner Trophy at Pebble Beach in 1979, as well as other Platinum awards at events such as the Cavallino Classic and Concorso Italiano.

When it left the factory, the 166 MM was powered by a 2.0-liter, triple-carbureted V12 engine that produced 140 horsepower mated to five-speed manual transmission. Mechanically, it's decidedly old-school, featuring leaf springs, a live rear axle, and drum brakes. A unique addition to any Ferrari collection, RM Sotheby's estimates this vintage prancing horse to sell between $8-10 million when it goes under the hammer next month. 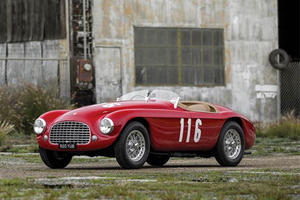