Only One Older Acura Won't Be Redesigned Anytime Soon

The second-generation Acura NSX arrived on the scene in 2016 and received a few relatively minor updates last year. No changes are expected for the 2021 model year and according to Automotive News, the next series of updates is likely to happen in 2022, at the earliest. But what about a complete redesign or, at the very least, a major refresh? Neither is likely to happen.

The report claims the reason the NSX isn't receiving anywhere near the same amount of attention as the rest of Acura's lineup is, quite obviously, limited sales. The "everyday supercar" currently carries a base price of $157,500, though that's still a relatively good bargain compared to another mid-engined high-performance exotic, the Audi R8. Last year, Acura sold only 238 units in the US, down from 170 the year prior.

The second-gen NSX's best sales year was in 2017 with a grand total of 581 examples leaving dealership lots. Meanwhile, the best-selling Acura RDX luxury crossover sold 62,876 units last year. Even Acura's oldest model, the ILX, sold an impressive 14,685 examples in 2019. The point being is that the NSX still is and will remain an ultra-niche model. There's nothing wrong with that and Acura previously told us it's overall very pleased with the sales figures given its halo model status.

But what we're more curious about is what updates Acura has in mind, whether they come in 2022 or later.

Previous rumors have claimed a Type R with over 600 horsepower and a spider variant are in the works. Of the two, the spider is more likely but not guaranteed. Chances are the next series of upgrades will be limited to ECU and suspension adjustments, new color and wheel options, and maybe, just maybe, some performance enhancements.

The NSX simply doesn't contribute enough to Acura's bottom line to justify serious investments. But the good news is that the NSX isn't going anywhere. It still helps bring in a solid number of customers to showrooms, as any good halo model should. 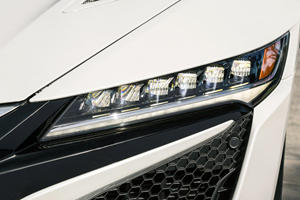 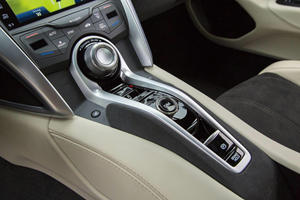 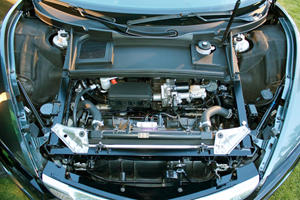 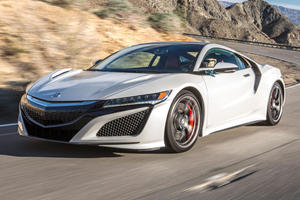 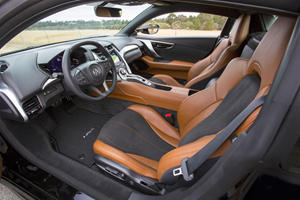