This hand-built beauty takes more than a year to assemble.

If you haven't already heard of Classic Recreations, allow us to get you up to speed real quick.

Based out of Yukon, Oklahoma, Classic Recreations has turned out stunning, faithful, high-performance replicas of vintage Ford Mustang models for over a decade, typically starting from a genuine vintage Mustang chassis and baking in modern features like oversized disc brakes, rack-and-pinion steering, and contemporary Ford engines along the way. The company's Shelby Mustang builds are such faithful reproductions of the original cars that each one earns an official Shelby serial number and listing in the Shelby Worldwide Registry.

Now that you're caught up, allow us to introduce you to something quite different: the Shelby GT500CR Carbon Edition.

If you didn't get it from the name, the GT500CR Carbon Edition is a replica of the original Shelby GT500 Mustang rendered with a full carbon-fiber body. The project was announced back in May, facilitated by a partnership with the carbon fiber experts at SpeedKore Performance, and it has now reached production. Just 25 examples will be built.

The Shelby GT500CR Carbon Edition gets its thrust from a modern 5.0L Ford Coyote V8, with a Gen 3 Whipple supercharger to boost output to an electrifying 810 peak horsepower. That power is channeled through a six-speed Tremec manual to a 9" Fab 9 rear end with 3.70:1 gearing and a limited-slip differential. The wheels are 18" American Racing forged alloys with Michelin Z Rated tires, and the chassis is suspended by adjustable coilovers, front and rear, with oversized sway bars at both ends.

The car weighs some 600 pounds lighter than stock as a result of its carbon-fiber body and other modifications, putting it "on par with the most exotic vehicles, making it a modern world-class supercar with American muscle at its soul," in the words of Classic Recreations Founder, Co-Owner, and Lead Designer Jason Engel.

As you can imagine, that sort of performance doesn't come cheap; the Shelby GT500CR Carbon Edition has a starting price of $298,000, and each one will take an estimated 12 to 18 months to produce - we are talking about a hand-built American supercar, after all. But considering what the car represents, we'd call that money well spent. 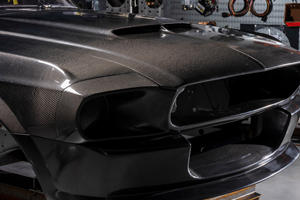 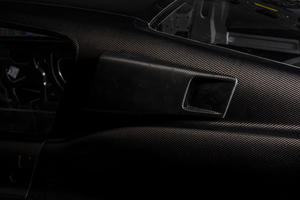 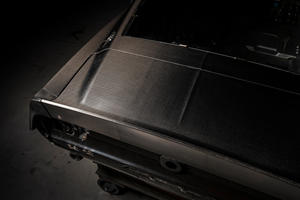 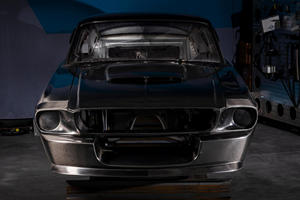 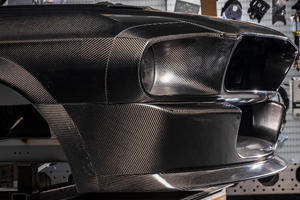