Our Spies Catch Proof That An Aluminum Ford Expedition Is Coming

Just like the F-150 did, Ford SUVs are about to become a lot stranger all in the name of fuel economy.

Right now, automakers are trapped in the middle of two strong pulling forces that are placing engineers under extreme pressure. One is the consumer, which is currently falling back in love with the SUV thanks to cheap gas prices. The other is the federal government, which despite today's bargain fuel prices, is cracking the whip on automakers to get those miles per gallon ratings up. Thanks to our vigilant spies, we now see the mutant resulting from the pressure of conformity. What we see here is the 2018 Ford Expedition out testing.

What makes this full-size SUV different from its soon to be older brother is the extensive use of aluminum, just like Ford pioneered in the F-150. Despite a new EcoBoost engine option that resides in the current Expedition lineup, the turbocharged unit wasn't enough to cut fuel economy down to what the EPA will soon expect, so a diet was in order. The lighter and stronger high-strength steel chassis will be straddled by an aluminum body, helping the Expedition go easier on its 3.5-liter twin-turbo EcoBoost engine in order to get better fuel economy. That engine made a respectable 365 horsepower and 420 lb-ft of torque, so the lighter SUV may be able to get away with a smaller engine.

At least one report suggests that Ford's 2.7-liter twin-turbo EcoBoost V6 will be an option, which makes 325 horsepower and 375 lb-ft of torque in the F-150. Either of these options will be mated to Ford's new 10-speed automatic transmission, which we will soon see in the new F-150 Raptor. While the Expedition is set to debut at the 2017 Detroit Auto Show, some bigger news about the SUV lineup is coming in 2019. That would be the fact that an upcoming powertrain option will include the 3.5-liter EcoBoost paired with electric motors to make the Expedition a hybrid. As with the aluminum body, we expect the F-150 to be the first truck to receive the hybrid treatment before it's the Expedition's turn. 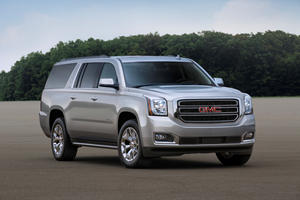 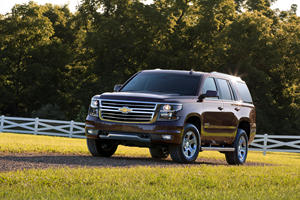