Party On With Wayne And Garth's 1976 AMC Pacer

The AMC Pacer found fame with a whole new generation back in 1992 when "Wayne's World" hit the big screen. Based on the Saturday Night Live sketch, the comedy starred Mike Meyers and Dana Carvey as Wayne Campbell and Garth Algar, best friends and co-hosts of the public access weekly show "Wayne's World."

While living in his parent's basement, Wayne was the co-owner of the Mirth Mobile, a slightly modified 1976 AMC Pacer, arguably one of the worst cars ever made. And yet, it still has a certain charm. Perhaps that's why the movie's producers chose it. Now it can be yours.

The original '76 Pacer used in the movie is heading to the Barrett-Jackson (again) auction later this month in Scottsdale, Arizona with no reserve. Originally with a yellow exterior and brown interior, the film's producers made several much-needed modifications.

The body was repainted Baby Blue with a matching color interior. Flame decals were added because that's what Wayne and Garth would do. Tow hooks were welded to the front subframe, quarter-inch steel plates were also welded into place, specifically on the rocker panels to act as camera support mounts. The climate control system was ripped out and the rear wheelhouses were modified to accommodate the speaker boxes. Inside, the famous and completely comical licorice dispenser was added by drilling a hole in the roof.

Other components were taken out from the inner dash to fit a cup dispenser and a door mechanism above the sealed-off glovebox. And yes, the mismatched wheel combination was done on purpose. It just seemed right for a car that barely passed inspection. A restoration was done at some point as the listing claims extensive efforts were made to bring the old Pacer back to its original movie condition. 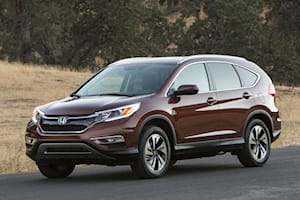 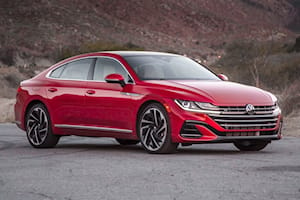 Most Underrated New Cars You Can Buy In 2022

Every bolt-on body part was removed and the exterior was stripped to its bare metal. Even the bumpers and original wheels were re-chromed. Inside, the seats and headliner were recovered and the dashboard and other interior parts also received a refinish. There is just one feature that wasn't in the movies: upgraded speakers and stereo. The latter is functional but the 10-inch speakers don't work and are there for show. But hey, the licorice dispenser still works.

Mechanically, the front end was rebuilt and key parts like the exhaust, water pump, power steering pump, alternator, battery, belts, and hoses were all replaced. Power comes from a 4.2-liter inline-six paired to a three-speed automatic transmission.

It may not be a slick Aston Martin Vantage from James Bond, but this iconic Pacer remains a Hollywood car legend.