Petition To Bring BMW M3 Wagon To The US Won't Work

The petition now has close to 50,000 signatures.

America is not the most wagon-friendly of environments. It took Audi the better part of 20+ years to finally bring a fast performance wagon to the US. There are a few outliers too. Porsche has not one but two fast wagons here, one of them being electric. Mercedes-Benz is perhaps the most consistent, offering some kind of fast long-roof car here in the States for the better part of 20 years. However, BMW has traditionally refrained, especially when it comes to M3 wagons- not just here in the US, but anywhere.

That is set to change with the debut of the BMW M3 Touring. But like so many other fast wagons, we'll be seeing none of it here. There's even an open petition that's been running for two years in an attempt to get BMW to change its mind. It hasn't worked. Now, with the petition only 4,000 signers away from its 50,000 signature goal, things, well, they aren't going to change.

We know it sucks. We've reported on the M3 Touring petition before. But BMW has laid out some very concise reasons it won't be happening, even with the petition having gained significant traction over the last two years. Signers say they'll place a deposit today if BMW brings over this new fast wagon, but their pleas fall on deaf ears. The Bavarian brand has said that the car would simply be too costly to homologate for American roads.

Wagons are a dying breed in the US, as we well know. On top of what would likely be poor sales figures for any new BMW wagon, US crash regulations are significantly different from European ones. That means BMW has to spend a whole lot of money to get any wagon here, not just the M3 Touring. It'll all have to be homologated, and is basically tantamount to introducing a new car here in the US, even if it does share parts with other BMW models. At the end of the day, BMW has to make money, and a niche wagon won't do that for them here. 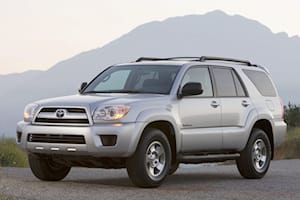 However, Audi once said the same thing about the RS6 Avant before it showed up here. Then, it went ahead and brought the wagon over anyway. Of course, bringing in the A6 Allroad with it has helped. The Allroad formula is something that's worked well for Audi here but isn't really something that would translate well to the M3 Touring.

Then again, who's to say BMW doesn't pull the same move? A lifted 3 Series wagon doesn't sound bad to us. For now, it looks increasingly unlikely. Despite that, you can still go and buy a BMW wagon here in America, just not a really, really fast one. You'll have to DIY it if you want that.