Place Your Bid For The First Of The Last Vipers

The Dodge Viper is dead. It's sad, we know, but it's true. Fortunately, however, Chrysler produced over 30,000 of them between 1992 and 2016 – including nearly 2,500 of the final fifth-generation model. That means there's still plenty of them out there for those intent on getting their hands on one. And this could be one of the most desirable of them all.

What we have right here is the very first of those final VX-gen Vipers to roll off the assembly line at Conner Avenue in Detroit. It's coming up for auction in a couple of weeks – and not for the first time, either. 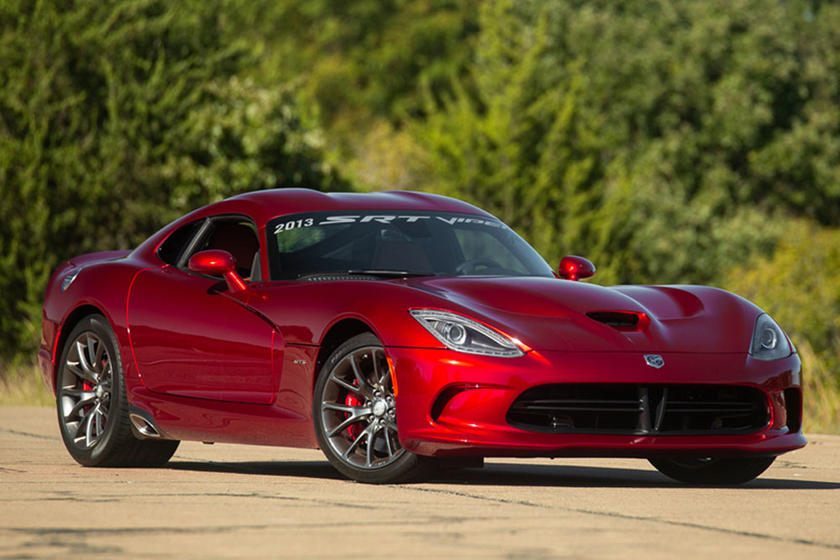 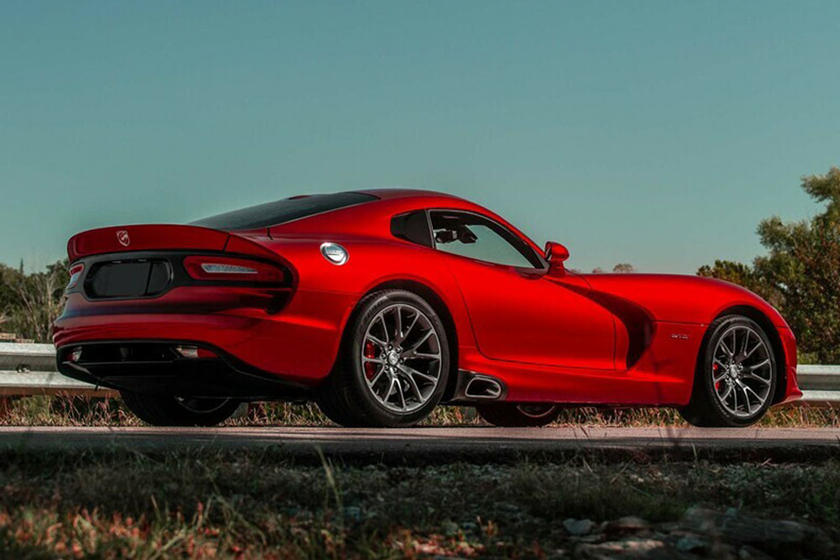 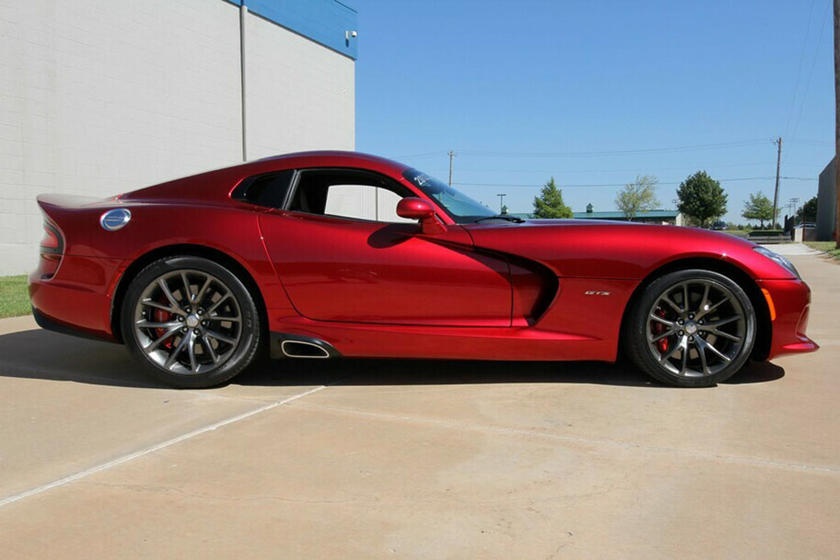 Like so many VIN 001 sports cars, Barrett-Jackson auctioned off the rights to this landmark Viper – this time at its sale in Orange County, California, back in June 2012. Precious-metals magnate and noted car collector Scott Thomas placed the winning bid of $300,000 in benefit of the Austin Hatcher Foundation for Pediatric Cancer. The following January, he picked it up right off the assembly line, where the late FCA chief Sergio Marchionne personally handed over the keys, and SRT division president (and group chief designer) Ralph Gilles signed the passenger-side sun visor – a fitting honor for a rolling milestone and a generous charitable contribution. 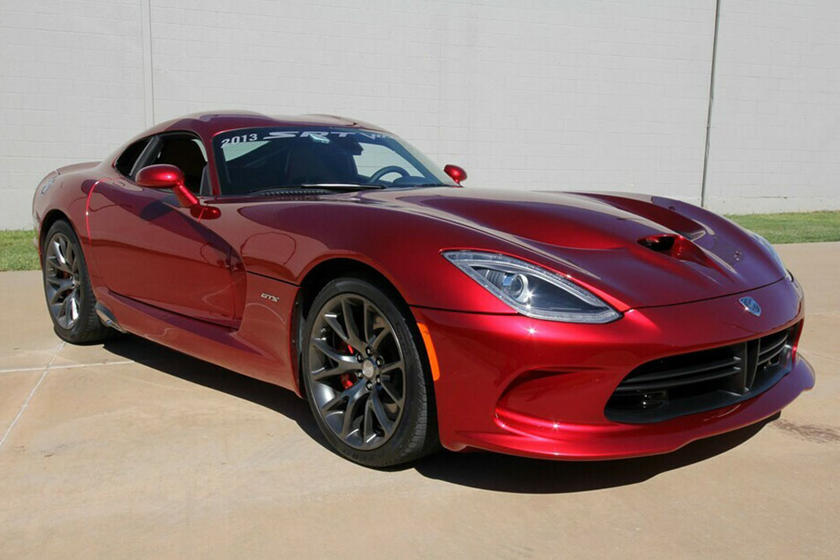 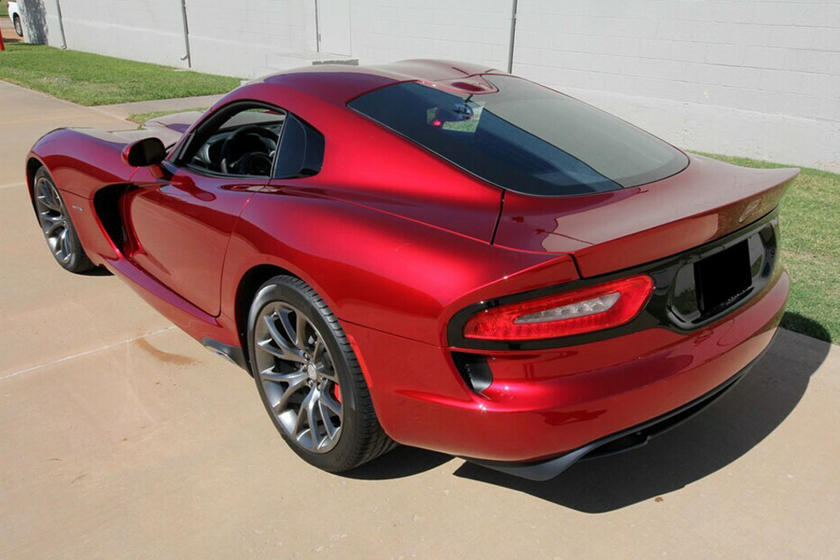 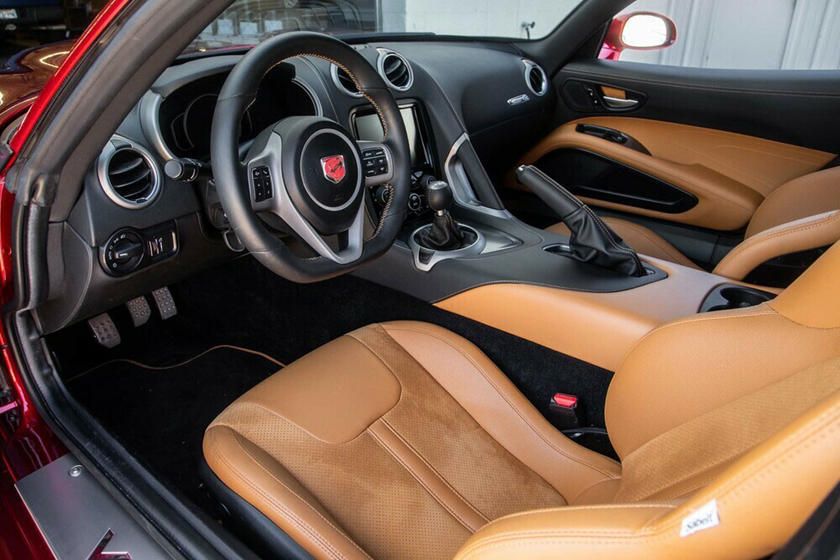 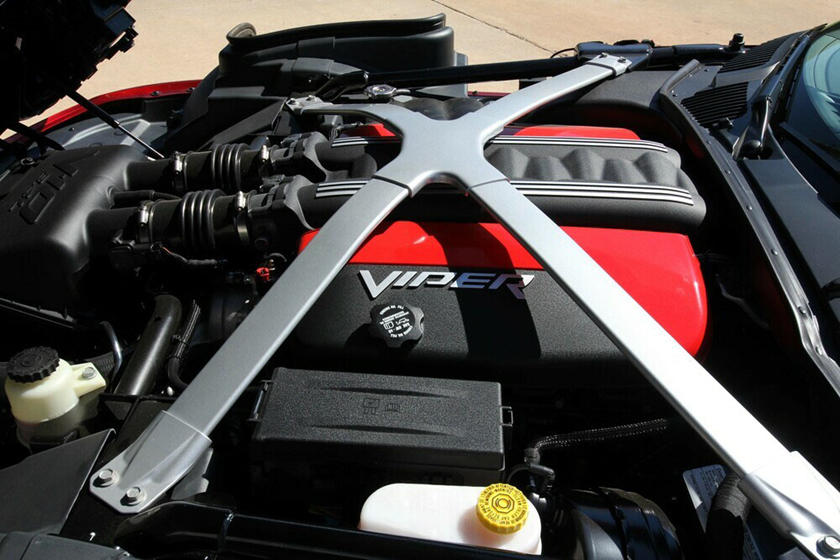 As all Vipers were in 2013-14, this one's badged as an SRT (not as a Dodge), and was painted in Stryker Red with a tan leather interior. And up in the nose sits that giant 8.4-liter naturally aspirated V10 engine, sending 640 horsepower and 600 lb-ft of torque to the rear wheels through a six-speed manual transmission.

Listed as it is with no reserve price, there's no telling how much it will sell for in Arizona this time around. But if you like your chances, the event is scheduled to take place at Westworld of Scottsdale this January 11-19. 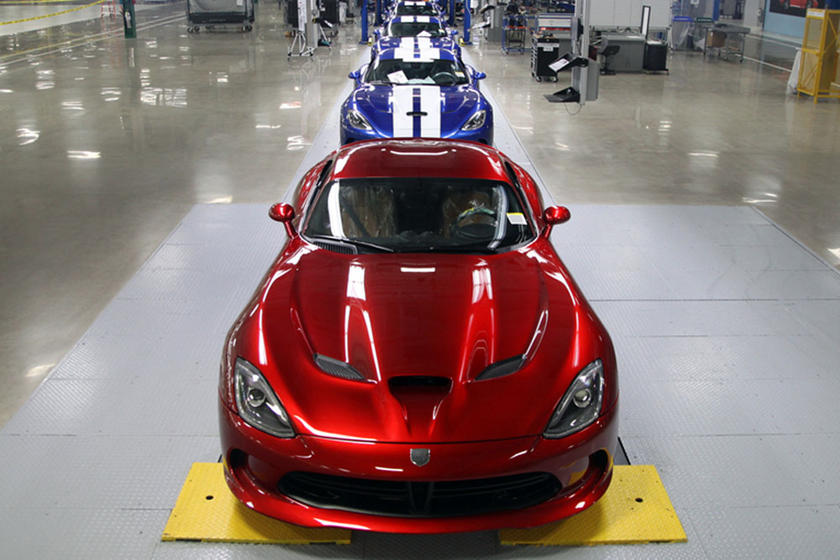 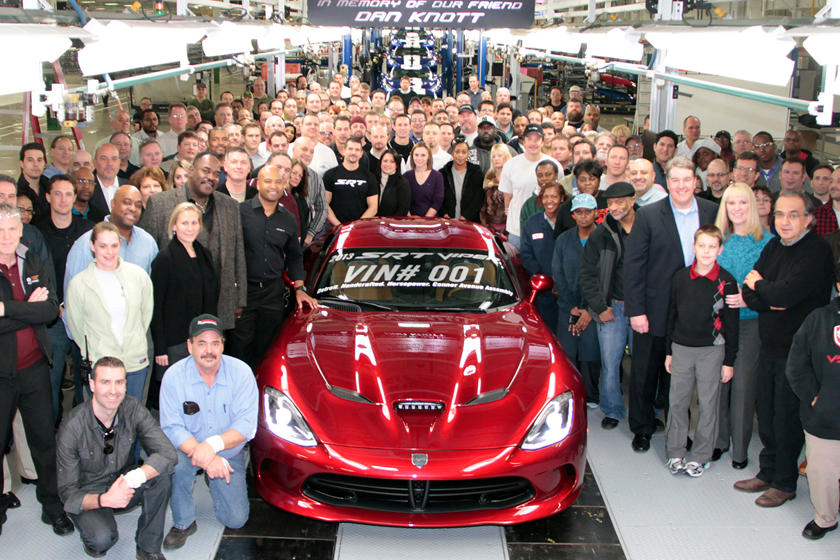 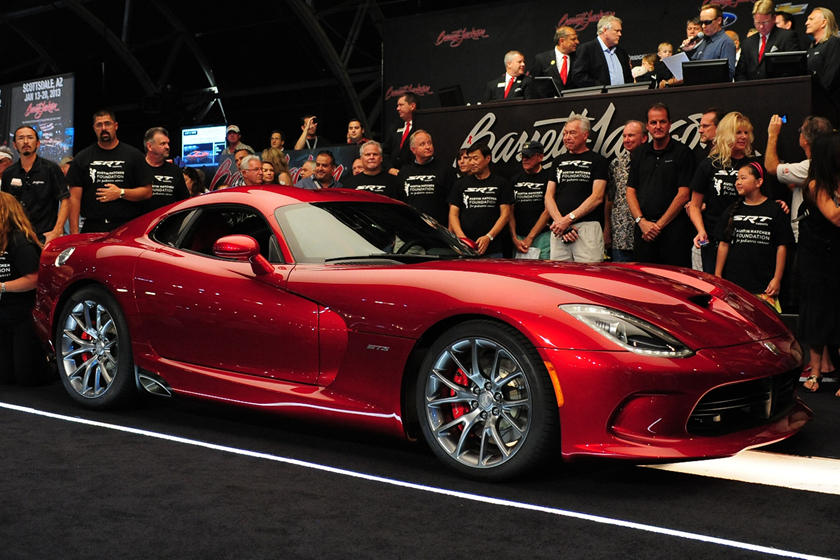 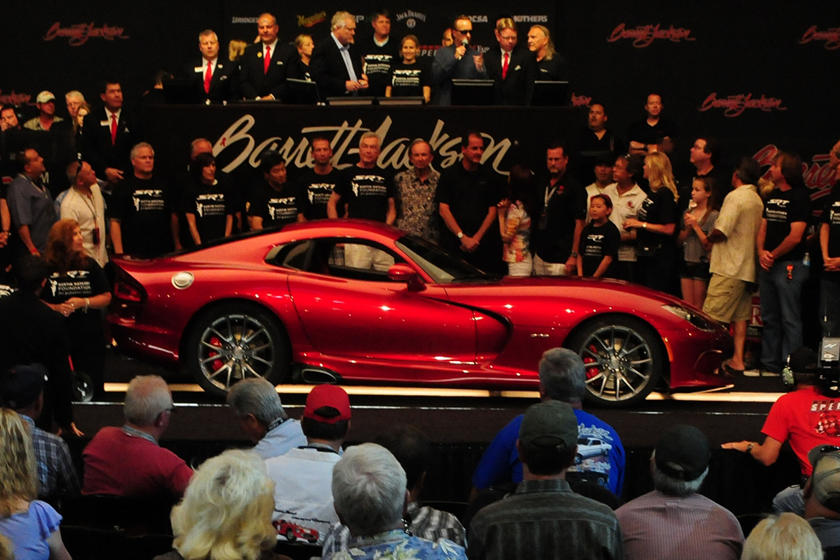 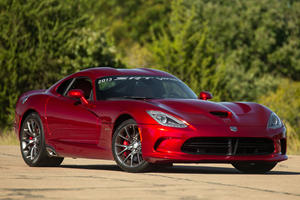 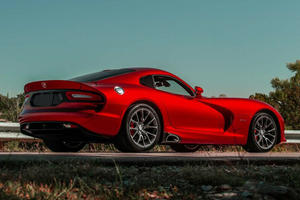 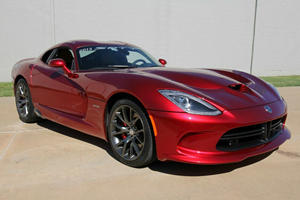 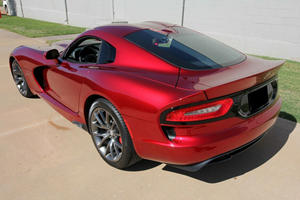 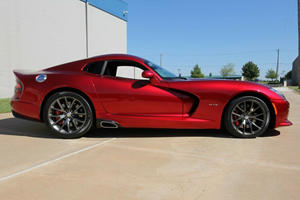