Plymouth's Retro Hot Rod: In Appreciation of the Prowler

The Plymouth Prowler was and still is a striking example of retro done right; it just needed a Hemi under the hood.

I'll just admit right here, right now: the Plymouth Prowler was under powered from day one. First shown as a concept in 1993, Plymouth's reborn hot rod only had the appearance of that classification; what was under the hood was a different story. Launched in the twilight of Plymouth's lifetime, the rear-wheel drive Prowler was based off Chrysler's LH-cars, such as the Chrysler 300M and Dodge Intrepid. The story goes is that the suits gave designers the creative freedom to come up with the hot rod-inspired car of their dreams.

With its outright awesome exterior design, Chrysler simply refused to go all out by giving it proper power to match those killer looks. Going on sale in 1997, it was powered by a 3.5-liter V6 with a measly 214hp and mated to a four-speed Autostick automatic. In 1999, Chrysler swapped in a more powerful version of that engine, now with 253hp and mated to the same transmission. While the improvement was noted, it went from 0 to 62 mph in 5.9 seconds (down from 7.2). Fortunately, the Prowler was constructed from an aluminum chassis that helped keep weight down and improve performance as much as possible.

Production finally ended in 2002 with a total of 11,702 built in its lifetime. Its corporate niche model replacement: the Chrysler Crossfire. And in celebration of it, we've gathered this photo montage of the Prowler because it is, in our opinion, one of the best-looking retro cars built in recent times. It just needed more power to make it damn near perfect (a Hemi V8 would have been nice). 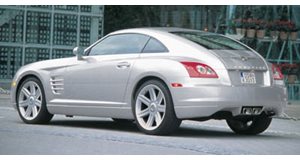