Polestar 2 Has A Huge Advantage Over The Tesla Model 3

With its stylish looks, potent performance, and impressive interior tech, the Polestar 2 has already proven to be a worthy rival to the Tesla Model 3. As for the range, Polestar is targeting a range of 310 miles for its new electric sedan, but the EPA estimate is expected to be around 250 miles in the US. That's less than the Tesla Model 3, but real-world tests have revealed the Polestar 2 has another advantage over its rival.

FT Techno recently tested the range estimates of several electric cars at its proving grounds in Fowlerville, Michigan, including a standard Polestar 2, a Polestar 2 with the Performance Package installed, a Jaguar I-Pace, Audi e-tron and a Tesla Model 3 Performance.

While the EPA combined estimates proved to be accurate, the range in some models left a lot to be desired at high speed. To simulate real-world highway driving during a road trip, the EVs were driven at 70 mph around an oval track to mimic a road trip. To increase the amount of strain, the climate control was set to 72 degrees inside the cabin, combined with an outside temperature of 85 degrees Fahrenheit.

Each car was driven until the batteries ran out of juice, with regenerative braking switched off or on the least-aggressive setting. The results showed the Audi e-tron was the most efficient EV at highway speeds, achieving 92 percent of its EPA-estimated range.

Technically, the Tesla Model 3 went the furthest distance, achieving 234 miles before the battery was fully drained. The standard Polestar 2 lasted 205 miles, while the model with the Performance Package clocked up 197 miles, the Jaguar I-Pace achieved 188 miles, and the Audi e-tron lasted 187 miles. But when you consider how many miles were lost compared to the EPA range estimates, the test suggests the Polestar 2 is more efficient at highway speeds than the Tesla Model 3. 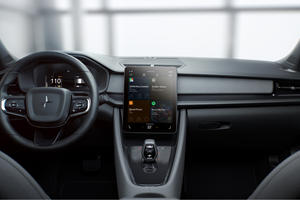 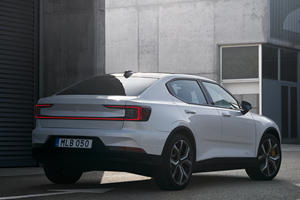 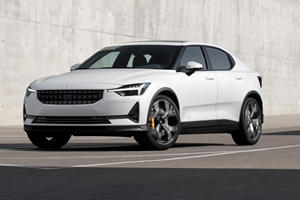 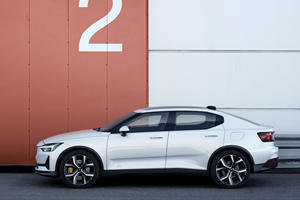 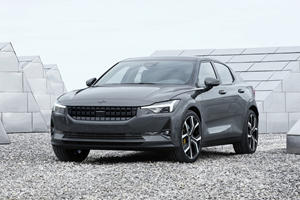