Pontiac is Dead Because of Obama

GM was forced to ditch Pontiac in order to secure the bailout.

OK, so maybe putting the entire blame for Pontiac's death on President Obama is a bit harsh, but it was under his watch that GM was forced to kill the brand. In a recent and very upfront speech, former GM vice president Bob Lutz confirmed what was already highly suspected: GM was forced to kill Pontiac in order to receive the $53 billion bailout check. However, the strings attached could have been much worse for GM and its many loyal fans. Originally, as Lutz stated, the US government demanded that only two core GM brands remain: Chevrolet and Cadillac.

Fortunately, GM officials convinced the administration to keep Buick and GMC because the former is important in China and the latter had a different customer base than Chevy, and it made money. Hummer and Saab were toast to begin with, but Lutz fought to keep Pontiac. The Feds then asked how much money Pontiac earned in the last 10 years (despite great new products like the G8 and Solstice), but the answer was "nothing." It basically came down to "drop Pontiac or you don't get the money." It's a damn shame, especially since Lutz confirmed that plans were in place for Pontiac to become a rear-wheel-drive only brand. Unfortunately, we'll never get to see what that vision may have become. 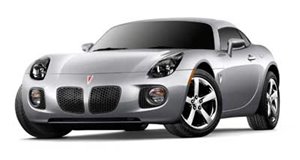