It can set lap times faster than some Lamborghini and Ferrari supercars.

Powering the new 911 Turbo S is a twin-turbo 3.8-liter flat-six engine that produces 640 horsepower and 590 lb-ft of torque, paired with an eight-speed PDK dual-clutch transmission. Officially, Porsche claims this setup enables the range-topping Porsche 911 Turbo to accelerate from 0-62 mph in 2.6 seconds and reach a top speed of 205 mph.

However, during AutoBILD Sports Cars' acceleration test, the Porsche 911 Turbo S' acceleration time was clocked at 2.5 seconds, 0.1 seconds faster than Porsche's official figure. It also achieved 0-124 mph in 8.5 seconds and 0-186 mph in 26.6 seconds. Again, this is faster than what Porsche claims, as the 911 Turbo S officially takes 8.9 seconds to reach 124 mph from a standstill.

Things got even more interesting when the 2021 Porsche 911 Turbo S was taken for a spin around the Sachsenring circuit in Germany, however. During a hot lap session, the new 911 Turbo S managed to lap the German circuit in one minute and 30.48 seconds. How does this compare to the competition?

Impressively, the 911 Turbo S was only around one second slower than a McLaren 720S, which has 60 more horsepower. It was also around half a second quicker than a Lamborghini Huracan Evo and Ferrari 488 GTB. This time is even more impressive when you consider that these are supercars with much higher price tags than the 2021 Porsche 911 Turbo S, which starts at $203,500.

And if you're wondering how it compares to the previous-generation car, the 991-generation Porsche 911 Turbo S lapped the circuit in one minute and 32.30 seconds, which is just 0.18 seconds slower than the new model. 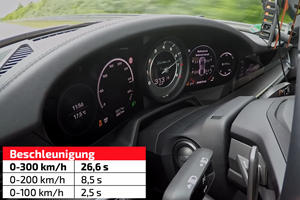 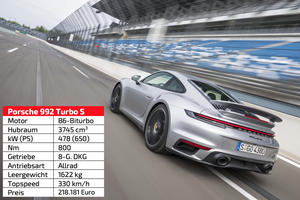 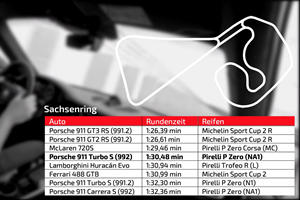 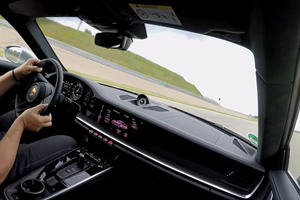 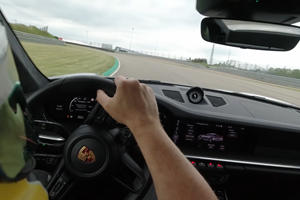