There's a certain other rally name being considered.

It's no secret Porsche is working on a new 911 Safari off-roader. Our spy photographers have been spotting and shooting test mules for months now. Shown here are the latest images, now with a nearly ready production body. However, our sources are now telling us the Safari name will not be used.

The nameplate first appeared way back in the early 1970s when Porsche backed modified 911s in off-road rally races such as the East African Safari. Porsche was clearly fond of the 911 in rally form because, several years later, the 959 was developed for Group B rally racing. Its then-new all-wheel drive system was later installed in the 911 Turbo, a hallmark feature that remains in place to this day.

As the years passed, Dakar became the world's premier off-road endurance rally race and Porsche apparently wants to honor this. Instead of Safari, it looks like the new rally-inspired 911 will be called Dakar.

A reveal date has not been announced but it's possible it'll happen later this year. The car is just about ready judging by these fresh spy shots.

There are still a few camouflaged areas but we can very clearly see the unique front bumper, air intakes located in the hood, and the plastic wheel arches. The side sills are also slightly wider. At the rear, there's a redesigned bumper, wing, and new exhaust pipes. The 911 Dakar (let's just start calling it that) further sports a raised ride height that instantly sets it apart from the rest of the 911 lineup. 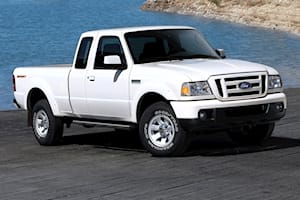 Expect it to pack the 911 4S' all-wheel drive system along with the 3.0-liter twin-turbo flat-six which, at present, produces 443 horsepower and 360 lb-ft of torque. The 911 Dakar prototype shown here might further indicate something else: the upcoming 992 refresh. Some elements of the tweaked design could find their way to the 992.2.