German tuner Prior Design has now turned its attention to the Mercedes-Benz E-Class Coupe. From what's been revealed, it appears that nothing has been done to improve performance. The package seems limited to a modified front bumper, a pair of side skirts, and a revised rear bumper with a carbon fiber diffuser with four tailpipes. The tuner has also added a trunk spoiler (similar to what's found on the Black Series) that's made from carbon fiber.

A roof spoiler is also included. Perhaps the most eye-catching additions are the large gold-colored rims. Again, no details were given as to their size, but they'll likely either be a love it or hate it type of thing. What we'd for sure take a pass on are those black side decals with the tuner's emblem. No official pricing has been announced for any of the components. 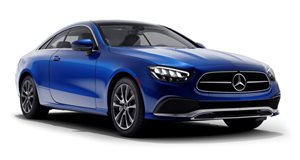 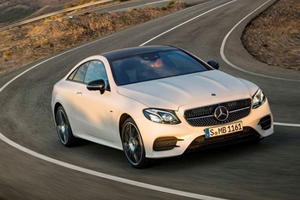