Remember The CL? Mercedes Looks Back

A technological powerhouse in a tailored suit, the first dedicated CL-Class launched 20 years ago.

With new models seemingly pouring in to its lineup with each passing year, it'd be all too easy to forget that Mercedes-Benz has, from time to time, discontinued certain model lines – or at least rolled them into others. Like the CL, on whose history the Silver Star marque is now looking back.

Mercedes first rolled out the CL moniker in 1996 on a refreshed version of the S-Class coupe, but the first model to be introduced under the CL-Class name launched 20 years ago at the 1999 Geneva Motor Show. And it represented the very height of personal luxury.

Designed to compete with the upscale likes of the Bentley Continental GT, Aston Martin DB9/DBS, and even the Ferrari 612 Scaglietti, the C215-generation CL was an "athlete in a tailor-made suit," with a taut, pillarless roofline. But it was also something of a technological wonder. In addition to standard features like stability control, skid control, brake assist, park assist, and self-cleaning bi-xenon headlights, the CL also introduced an active suspension for the first time.

Everything inside was covered in the finest leather, and Mercedes even offered a thin stone veneer trim option (which Bentley would mimmic years later).

A facelifted version launched in 2002, and by the time it was replaced in 2006, Mercedes had sold 47,984 of them. The subsequent C216-generation model was the last CL before the line (not unlike the CLK was into the E-Class) was re-integrated into the S-Class. 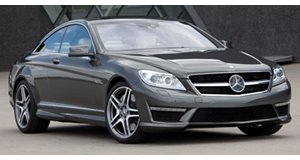 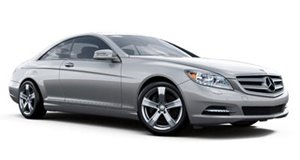