With a time of 7.53.08, UK-based tuner Revolution has taken the record for the quickest Impreza at the Nurburgring, besting Tommi Makine's lap record for a production Subaru of 7:55 set in 2011. Based on a Japanese-spec STI, Project STI Nurburgring is the first of a ten-car limited-edition run, each of which takes four months to build. The most striking visual changes are the deleted rear doors and arches wider than those on an old Impreza 22B. Other body mods include a carbon hood, aluminum boot and thinner glass, all designed to keep the weight down.

Power comes from a 2.1-liter turbo-four rebuilt with Cosworth's 2.2 stroker kit, which when set to a maximum 1.9 bar is good for 508 horsepower and 500 pound-feet of torque. However the record run was managed on medium boost, equating to around 400 hp. Chassis upgrades include Tein ProFlex coilovers with an EDFC remote control system, Tarox 10-pot brake calipers all around (although ABS has been removed to save weight), and 19-inch OZ Superturismo LM alloys. Inside, the rear seats are replaced by a clubsport-style rollcage building on the car's 2-door coupe shape, plus Recaro seats with TRS harnesses.

There's a custom dash with tire-pressure warning system, and the cabin is trimmed in Alcantara and carbon fiber. The Revolution STI Nurburgring comes in at £71,994 in the UK. For that kind of cash, you could pick up a Nissan GT-R or Porsche 911, but where's the fun in that? 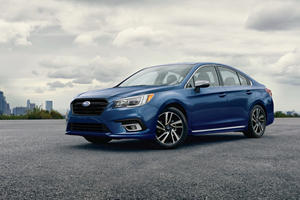 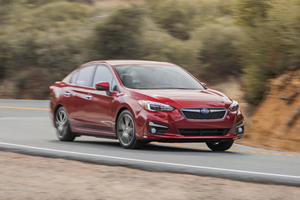