It's easy to forget that Clarkson, Hammond and May often risk their lives when filming for The Grand Tour.

Clarkson, Hammond and May's automotive adventures have been entertaining us for years in Top Gear and The Grand Tour, but it's easy to forget that they often risk their lives for our pleasure. Out of the three presenters, Richard Hammond is the cat with nine lives having survived not one but two potentially fatal crashes. In 2006, he miraculously survived crashing a jet-powered dragster at 288 mph while filming for Top Gear, and history recently repeated itself when he lost control of a Rimac Concept One at a hill climb event for The Grand Tour. 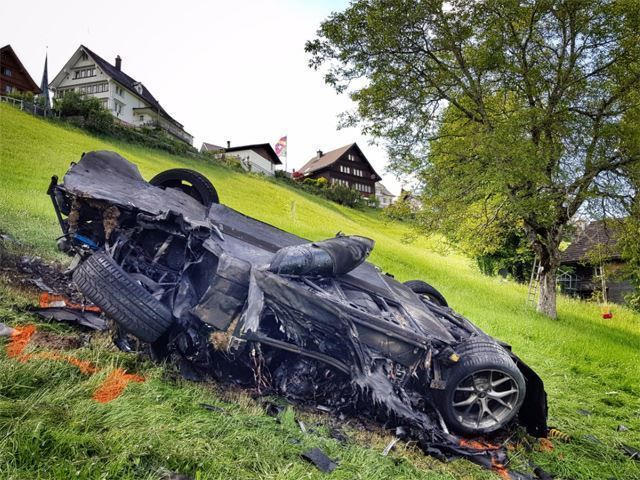 While the presenter is currently recovering after receiving surgery for a fractured knee, his wife Mindy has given her account of the accident in an interview with the UK's Express. Unsurprisingly, she isn't very happy that her husband has now had two near-death experiences in his TV career. "Most of us are fortunate to escape looking death in the face. Richard has done it twice–and that's two times too many," she said. Mindy first heard the news directly from Hammond who told her he "had a bit of a shunt" and "might have done my leg" but was otherwise okay. She later found out from James that he was "downplaying what had happened and was, I suspect, in shock having escaped the blazing car seconds before it ignited."

May was apparently on fine form, riding in the helicopter with Hammond to the hospital and reminding hospital staff about his brain injury from the 2006 dragster crash. Luckily, Hammond managed to crawl out of the wreck moments before it burst into flames. "We're just incredibly grateful he got out and escaped with cuts, bruises and a broken knee." Speaking to his wife, Hammond insisted that "there's no point you flying out here, they can strap me up and fly me home tomorrow." However, medical staff advised that flying before the operation wouldn't be wise. After the operation, she flew over to the Swiss hospital to be reunited with her husband and was relieved to find him "bruised and battered, but smiling."

"He'll be a terrible patient when he gets home and will drive me nuts (I'm terrified whenever he attempts to walk with his crutches) but honestly, I can't wait to see him hug his dog and sit in the garden shouting for his glasses, laptop, phone or a cup of tea!" Suffice to say, he won't be driving for the next few months, which is apparently causing chaos to The Grand Tour. Here's hoping Hammond makes a swift recovery. 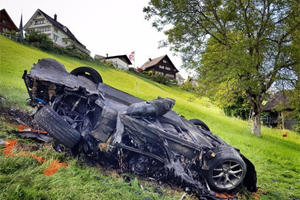