One specific thing is needed.

The Roll-Royce Spectre, the UK marque's first-ever fully electric vehicle, remains on schedule for a late 2023 market launch. Unlike other automakers, Rolls-Royce has decided to skip plug-in hybrids and make the big jump towards all-out battery electrics. The Spectre is just the beginning. Because this is Rolle-Royce, the Spectre will ride on its own dedicated platform not shared with corporate cousin BMW.

However, Autocar claims the Spectre will, in fact, share one key system from the also upcoming BMW iX M60: the propulsion system. The report says Rolls-Royce could make use of the SUV's twin-motor setup that delivers up to 600 horsepower to all four wheels.

Sources indicate the SUV will be capable of reaching 60 mph in roughly four seconds flat. That's a particularly appealing number for Rolls-Royce because it'd enable the Spectre to match the performance (and sound) specs of its V12-powered models. Unfortunately, Rolls-Royce officials refused to comment on the report.

Another option, though less likely because the technology probably won't be ready in time, is the advanced solid-state batteries BMW is currently developing. Its goal is to have them ready by the end of the decade. Roll-Royce CEO Torsten Muller-Otvos also won't rule out hydrogen fuel cell technology at some point down the road but battery technology remains the main focus.

Hydrogen fuel cells could, in theory, be a winner for the brand because they work very well for larger and heavy vehicles, such as semi-trucks. Rolls-Royce vehicles are definitely not semi-sized, but they're anything but small and are always heavy due to the significant amount of content and premium materials and features found inside.

The company still has several more years to finalize its precise powertrain tech plans following the complete discontinuation of combustion-engined vehicles by 2030. Pure EVs are expected to consist of most of the lineup but hydrogen fuel cell vehicles could also be in the mix. 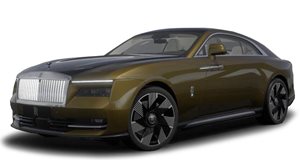