Are rivals ready for what's coming?

Not to be outdone by long-time rival Bentley, who recently declared it'll be an all-electric ultra-luxury brand by 2030, Rolls-Royce is busy planning its own EV market entry following its decision to completely forgo plug-in hybrid powertrains. Evidence of this began to appear last year when the automaker's parent company, BMW, filed a trademark with the German patent office for the Silent Shadow name. The name is highly appropriate because EVs are silent unless they're given artificial sound, and the name is a play on the Silver Shadow name, built from 1965 to 1980.

According to Autocar, Rolls-Royce's upcoming EV could take things a step further by being the first of a new model lineup consisting exclusively of battery electrics.

The report further speculates this EV could feature styling borrowed from the radical 103EX concept that debuted in 2016. In addition, the automaker already has a secret all-electric Phantom prototype at its Munich R&D center. The original plan supposedly called for an electric version of an existing model to serve as the brand's first EV, but this has supposedly been shelved in favor of an entirely new car.

Rolls-Royce is expected to utilize its own aluminum spaceframe platform instead of BMW's CLAR modular architecture that underpins the all-new BMW iX EV SUV. Another benefit for skipping over PHEVs is that Rolls-Royce can take advantage of growing demand in China where big luxury sedans remain popular.

BMW's development of the i7 EV sedan, a direct rival to the Mercedes EQS, will debut next year and it's highly likely the Silent Shadow is being developed alongside it to an extent. The biggest mechanical difference between the i7 and Silent Shadow is their respective platforms: the i7 will be CLAR-based.

However, both will share numerous other components in order to maximize production efficiency and economies of scale. For example, both will feature BMW-built electric motors and axles, and battery packs. Rolls-Royce engineers have also supposedly developed both rear- and four-wheel-drive layouts. All told, expect the Silent Shadow to tip the scales at over 6,000 pounds. Batteries are not exactly lightweight. Production is expected to take place at the firm's Goodwood facility alongside the Cullinan SUV and Ghost and Phantom sedans. 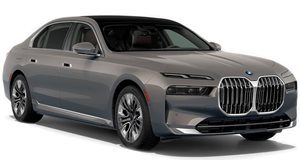