Every player received a brand new car. It's a hard life being a professional football player.

As part of obligations as one of the club's main sponsors, every year Audi presents Real Madrid players and staff with a brand new company car. The Four Rings have featured prominently with the European champions since they joined forces back in 2003, since when the players and coaching staff have taken home a range of different models. The result of the partnership is a yearly photoshoot where each player is pictured taking delivery of their car of choice. Plus the players are contractually obliged to drive their new rides to training each day.

Star striker Cristiano Ronaldo, unsurprisingly, went for the most powerful Audi available – the RS7 Sportback Performance finished in Panther Black. Not a bad daily driver, but we're sure he'll be itching to show up to the Santiago Bernabeu in his stunning new Bugatti Chiron. Like everyone else in the world, the players' model of choice was an SUV. Specifically, the Audi Q7, which 14 players picked in various iterations. Gareth Bale and Isco were two that took the SUV route with the Q7 Sport. RS models also proved popular of course.

Manager Zinedine Zidane opted for a Daytona Gray Audi RS6 Avant Performance, while captain Sergio Ramos went all out, driving home a R8 Spyder, finished in Ibis White with a red roof. The cheapest Audi on the list was a S5, which Marco Asensio decided was suitable for his needs. Other players of note include sharp shooter Karim Benzema who looked happy with his Audi RS5 2.9 TFSI, while Toni Kroos was the only player to pick the Audi SQ5. Prior to the handover of the company cars, the players were able to perform a virtual test drive in the Audi e-tron FE04, which will have its first official race in the Formula E season opener in Hong Kong next weekend. Dani Carvajal finished quickest in the replica Formula E cockpit simulator. 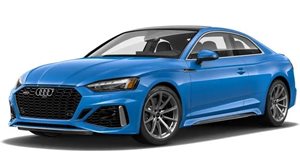 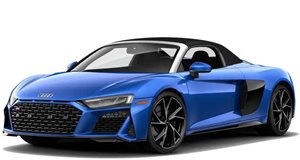 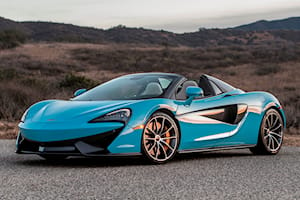