Ronaldo Will Hate Reading About This

Supercar-loving soccer stars could soon be a thing of the past.

Soccer stars change their supercars almost as often as their boots. But that's all about to change. If you're reading Ronaldo, you might want to look away now because your Real Madrid teammate Gareth Bale has blamed driving supercars as the root cause of his recent bout of hamstring injuries. Ouch. According to the Independent, the Wales international, who moved to Madrid for a reported record fee of 100 million Euros in 2013, joined up to a $45k-a-year scheme with Auto Vivendi this summer that provides him a new supercar to cruise around the Spanish capital in every two months.

However, Bale has been forced to leave the scheme as the supercars' low-slung seats, especially those in the Lamborghinis, put too much strain on his hamstrings. Since the start of the scheme, Bale has being seen with a Lamborghini Aventador Roadster and Mercedes SLS AMG, among others. Apparently, fellow Welsh international Ryan Giggs suffered similar issues, forcing him to swap fast cars for family sedans, while a source close to Bale told The Sun that "The Lamborghinis are the worst - lots of footballers find that. There's plenty of time to race around in one when he's retired so he's had to reluctantly pull out of the scheme." 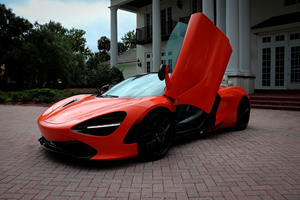