Sources say the G20 generation will live on longer than originally planned. But why?

Even though the BMW 3 Series recently received a substantial update for the 2023 model year, rumors suggest the sporty sedan will be replaced with an entirely new generation in 2027. That alone is already rather strange as BMW replaces its vehicles every seven years. If the latest rumors, courtesy of BMW Blog are to be believed, this would mean the G20 would soldier on for nine years.

Why, though, would the automaker break its own seven-year lifecycle rule? Well, one reason may be that BMW is planning to introduce the new 3er on two separate platforms - a dedicated all-electric variant that will use the Neue Klasse architecture and an ICE-powered variant based on the acclaimed CLAR platform.

Earlier reports (from another reputable source) suggested the 3 Series will fully embrace electric power and abandon combustion engines entirely. While this is entirely possible, it's hard to imagine the Munich-based brand isolating so many customers and choosing to head down the electric-only route. In fact, BMW's CEO Oliver Zipse has said the Neue Klasse platform can support both ICE and electric vehicles. Perhaps the new 3er will use just one platform and offer multiple powertrain options.

Zipse has also said that he believes a ban on the combustion engine is short-sighted, so it will be a surprising move if the next 3 Series were to be offered with battery power only. "We warn against this [ban happening] too early and not giving [enough time] for the transformation to [occur] in [other] markets," he said earlier this year.

However, he has also said BMW will offer something for everyone across the globe. "We will be ICE-ban ready. If a region, a city, a country gets the idea of banning ICEs, we have an offering." This is evidenced by the reveal of the China-only i3, an all-electric G20 3 Series. 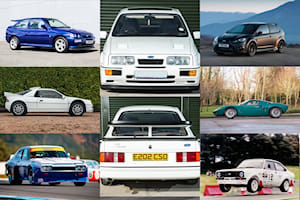 It would make sense to introduce the new 3 Series (expected to use the G50/G51 codenames) with a mix of ICE, hybrid, and electric powertrains. We've already seen that the new X3 will be made available with a plug-in hybrid derivative, so we can expect the same with the G50/G51.

For now, it's unclear how BMW will approach the future lineup. Perhaps more developed, EV-friendly regions (such as Europe) will only receive the electric variant, whereas markets like North America will receive both ICE and EV variants. This would leave the cheaper and more conventional models (think 320i, 330e) to developing markets such as Brazil, India, and South Africa, all of which are strong markets for BMW.

The first vehicle underpinned by the Neue Klasse platform will sail down the production line in 2025 at the company's Debrecen plant in Hungary, with German production expected to commence a year later. In the meantime, BMW fans can expect the G20 3 Series to receive another update in 2024, to keep the C-Class rival as fresh as possible.