At a fraction of the cost, it doesn't look half bad.

If you wanted to reduce the chances of anyone picking a fight with you in rush-hour traffic, you would struggle to do much better than the mighty Mercedes G63 AMG 6x6. This military-derived monster added another pair of wheels to the already tough AMG G63, making it even more formidable off-road and appearing ready to tackle an apocalyptic event, not a trip to the grocery store.

The six-wheeled Russian creation is based on a 2002 G500 body, yet it appears nearly identical to the original 6x6 sold many years later and has Brabus-like styling elements from the famous Mercedes tuner. The custom 6x6 seen here is proportionally the same as the original and the listing states that it comes with portal bridges, a compressor, a receiver, and automatically pumping wheels. As this 6x6 is based on an older G500, it has an outdated cabin, but the seller says that an updated interior in any material can be ordered for an additional cost. The buyer can also elect to fit a different engine and transmission.

The V8 engine under the hood of this custom 6x6 produces 296 horsepower, which is a lot less than the original AMG G63 6x6's 536-hp twin-turbo V8. Considering that the latter weighed in at more than four tons, the existing 296-hp V8 would likely struggle to haul all that weight around. Then again, this is one vehicle that doesn't need to be moving fast to make a big impression. With under 7,500 miles on the clock, a one-year warranty, and a price that is far below that of an original 6x6, it's got a lot to offer if it can prove reliable. We haven't even mentioned a direct translation from the ad stating that this brute attracts "indecently huge attention". Although we struggle to see the need in the real world, the novelty value of this custom 6x6 is priceless. 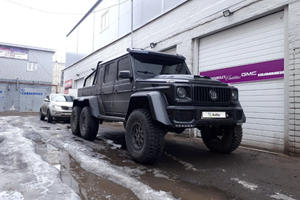 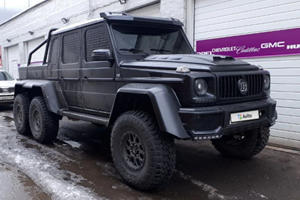 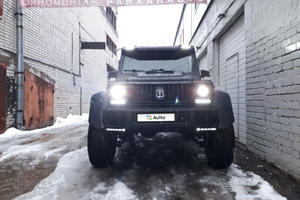 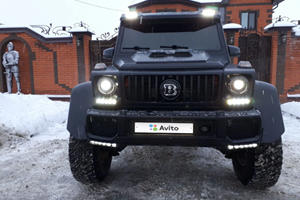 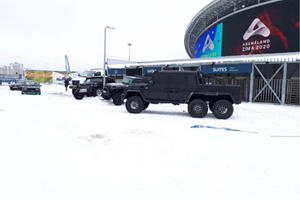