Saved from the junkyard, this A70 Supra was given a new lease of life.

Perhaps the most desirable old school Toyota Supra is the A80, the fourth-generation launched in 1993 and sold until 2002. Its popularity should come as no surprise given it was around during the '90s heyday of Japanese sports coupes sold in America. The A80 Supra Turbo, in particular, was wildly popular. But it's important not to ignore earlier Supras, which date back to the late 1970s. The third-gen A70 specifically maintains a loyal following. Perhaps some of those enthusiasts won't be too pleased by what this backyard Russian tuner has just done to a wrecked and rusted A70 Supra. But then again, the final result is pretty badass.

A Russian language YouTube channel called, very appropriately, Russian Gymkhana has documented its build of an all-terrain A70 Supra. 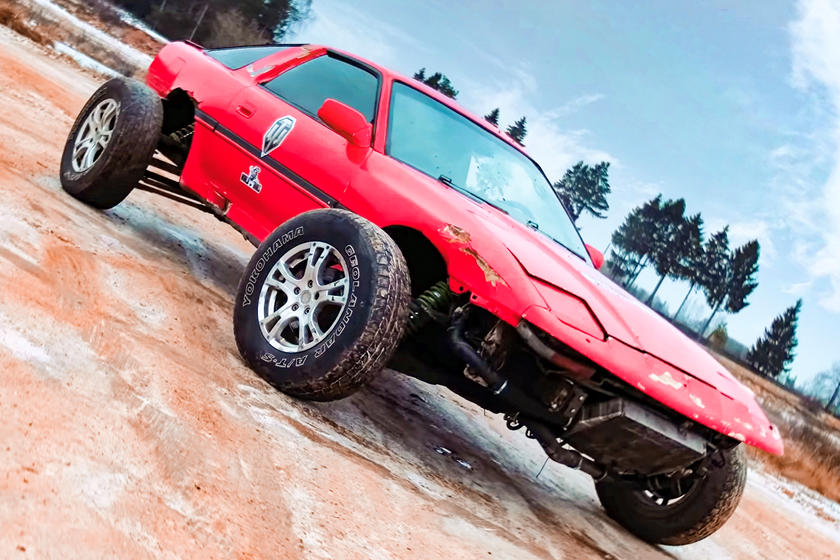 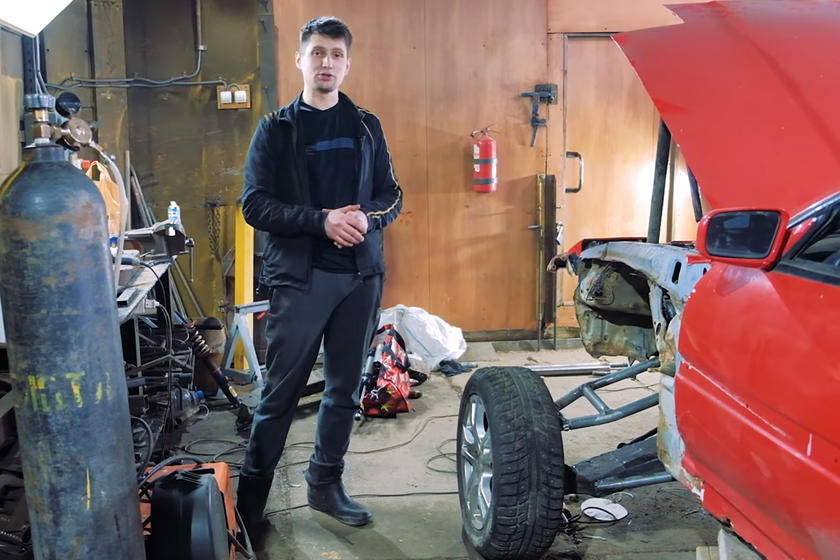 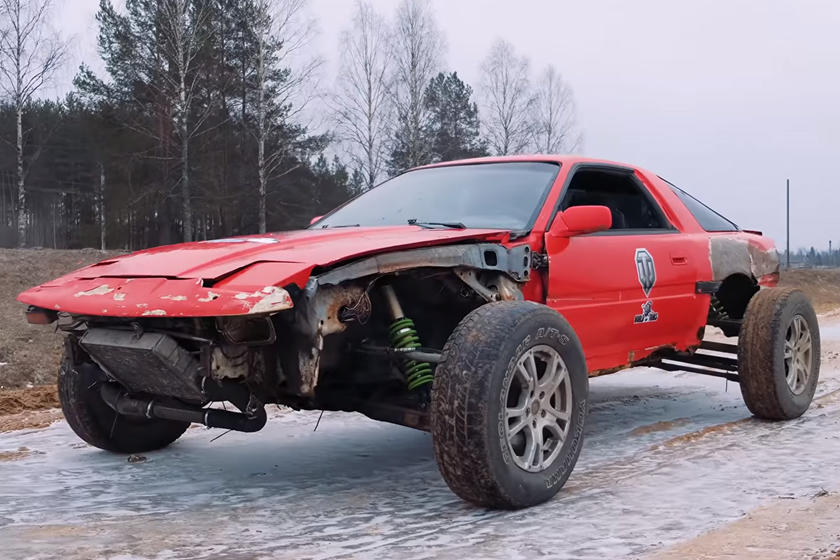 The sweatpant-wearing host and his crew clearly know what they're doing judging by the final product. The Russian Gymkhana team managed to strengthen the chassis and improve the suspension so the finished product could manage to leap at high speed over nasty terrain, jump from springboards, and even drive down a flight of stairs. That suspension was increased by 300-350 mm. It seems all or a majority of the work was dedicated to fabrication, specifically the chassis and suspension.

Our Russian language translation skills are not the best, to be honest. 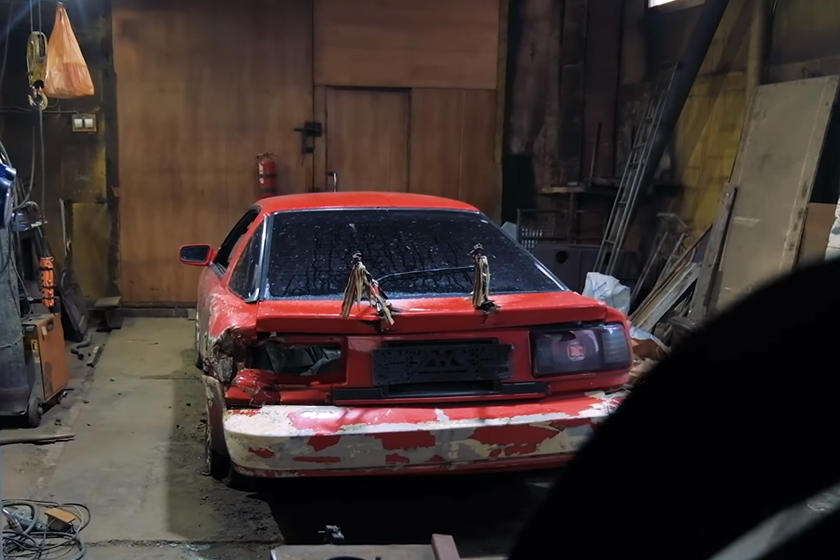 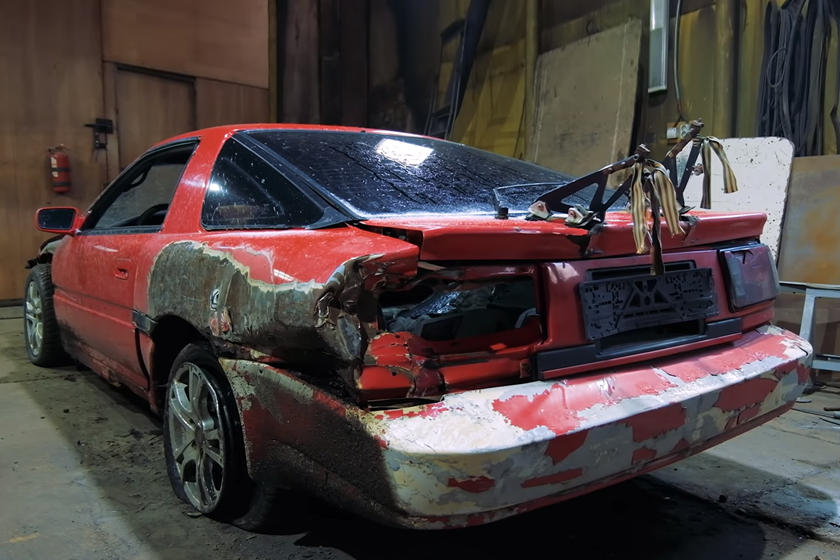 The original A70 Supra engine was a 2.0-liter inline-six that could also be had with a pair of turbochargers. Later on, the engine was upgraded to a 3.0-liter turbocharged inline-six. Unfortunately, we don't know the exact model year of the Supra in question but it was in rough shape from the get-go. If it wasn't turned into this all-terrain buggy, it would have likely ended up in the junkyard.

This off-road-ready old school Supra's best track and street days may be behind it, but now it's ready to tackle the worst wintery weather Russia has to offer. 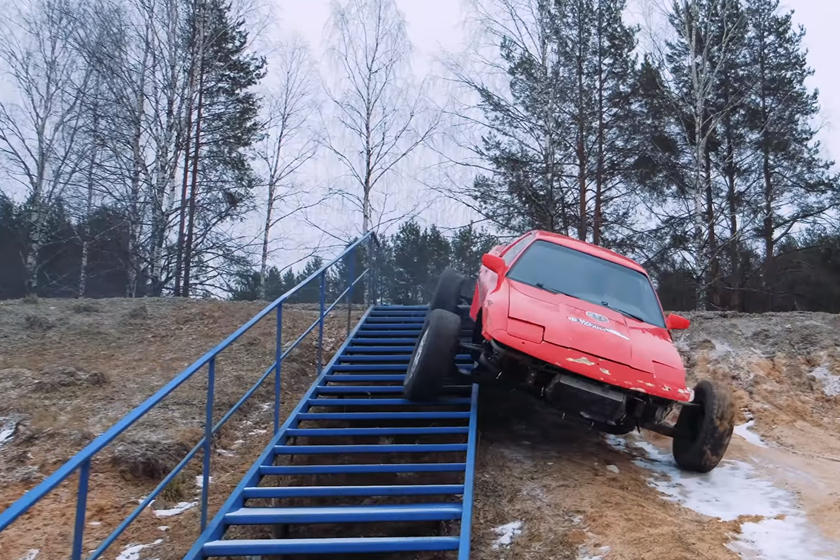 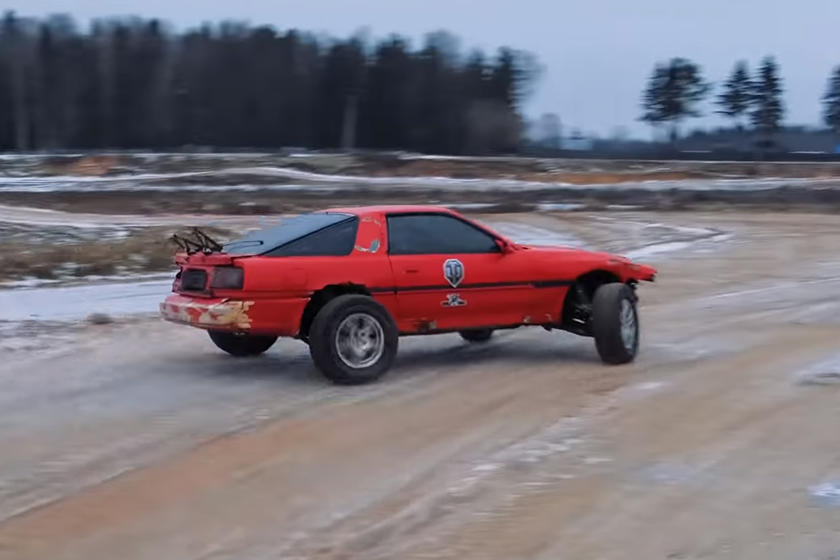 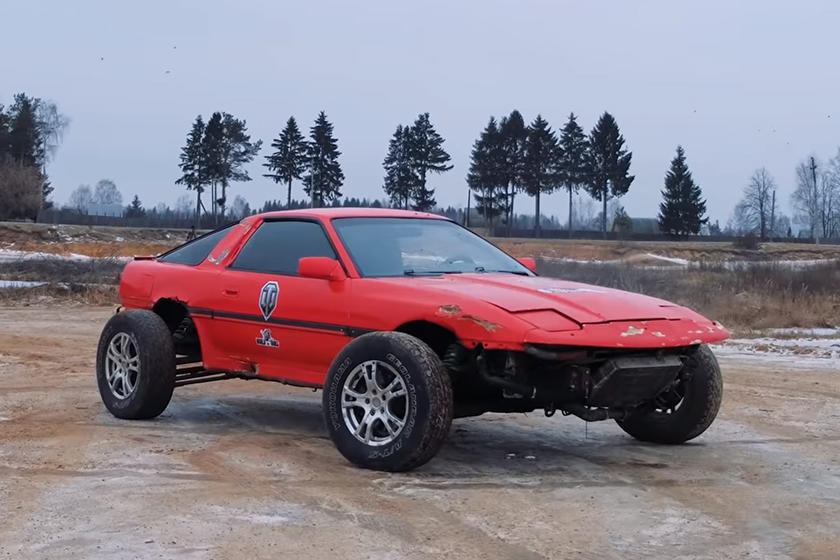 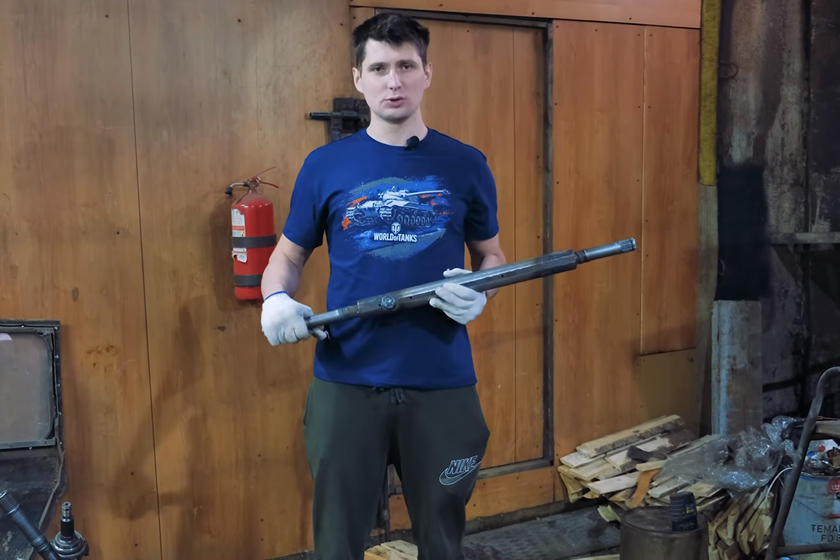 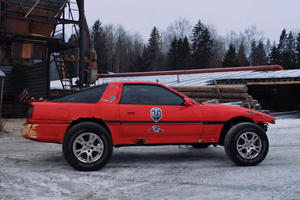 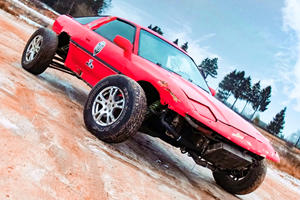 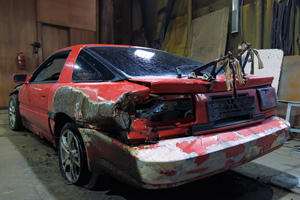 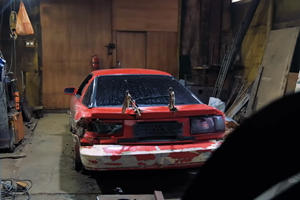 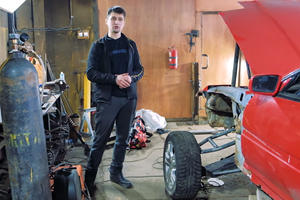