Saudi Activist Who Helped Women To Drive Gets Prison Sentence

If you're one of the millions of women around the world who don't have to think twice about hopping into your Hyundai Tucson for a quick trip to the store, news of Loujain al-Hathloul's sentencing for petitioning for that right in her home country should inspire gratitude for the freedoms associated with women's rights in the US. And, while there certainly are a variety of weird and arbitrary automobile laws around the world, Saudi Arabia's ban on women driving was as old as the kingdom itself, up until 2018. Despite major changes to the rigid and conservative laws following al-Hathloul's arrest, the activist has now been handed a prison sentence.

Loujain al-Hathloul was arrested in May 2018, alongside other activists, for what the Saudi government deemed to be terrorist activities. The activist's work stretches back to 2013 where al-Hathloul was seen in an online video illegally driving herself home from the airport. Her controversial arrest undoubtedly made an impact, however, and the archaic ban was lifted in June 2018 - but she has remained in custody ever since.

The charges against her include inciting to change the basic law of governance and serving an external agenda against the kingdom with the aim of harming public order. As a final cherry on the cake, the court also decided that she had conspired with foreign agents by engaging with foreign journalists and human rights organizations.

In an era where cars can almost drive themselves, it seems almost ludicrous that al-Hathloul was still handed a five-year and eight-month prison sentence for her actions in support of women being able to drive. The specialized criminal court that handed down the sentence this past week did suspend the sentence for a period of two years and ten months, and, with al-Hathloul already having served time since 2018, she could be released in as little as a few months. The French foreign ministry has publicly called for her release, however, and it is expected that various other ministries will follow suit. 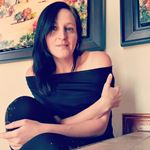 After earning various degrees in behavioral sciences with majors in literature and creative writing, Belinda spent more than a decade in service to the welfare industry while freelancing as a writer and editor. The content she created for clients in the automotive world ignited a love for all things cars, and she spent the next few years merging these passions as a writer in the local motoring industry. Belinda joined CarBuzz full-time in 2019 as Senior Editor, writing and editing reviews, keeping the unruly gearheads in the office in line, and overseeing SEO content creation. When she isn’t typing away, Belinda enjoys time spent behind the wheel of her spicy Japanese hot hatch.