Kia's new compact SUV has arrived, and it looks fantastic.

After numerous teasers and leaks, Kia has lifted the wraps off the new Seltos SUV at a special event in Delhi, India. Aimed at "youthful, tech-savvy buyers," Kia's new compact SUV combines a sophisticated, sporty design with the space and capabilities of a traditional SUV. As we already saw from the leaked photos that surfaced last month, the stylish design resembles the SP Concept, with its long hood, sleek full LED headlights and taillights, and sharp design lines lending the Seltos a sophisticated look that helps it stand out from its compact SUV rivals. It also sports a wide 'tiger nose grille', making the car instantly recognizable as a Kia, as well as LED daytime running lights and rear lamps. The Kia Seltos sits on a choice of 16-, 17- or 18-inch premium alloy wheels.

Kia hasn't released any photos of the cabin yet, but some revealing sketches released by Kia give us an idea of what to expect. The cabin is defined by sweeping shapes and a large infotainment system with a 10.25-inch touchscreen. Buyers can also add an 8.0-inch head-up display to the spacious cabin and upgrade to a premium eight-speaker Bose audio system.

In terms of safety features, the Seltos is fitted with six airbags, as well as a suite of electronic vehicle safety systems. These include Kia's Vehicle Stability Management system as standard, incorporating traction control and electronic stability control, as well as a Brake-force Assist System and Hill-start Assist Control, and front and rear parking sensors.

Production of the Kia Seltos will take place in Anantapur District, Andhra Pradesh, India, and Gwangju, Korea. Kia says the Seltos will go on sale in global markets from the second half of 2019, so there's a good chance it will be available in the US. 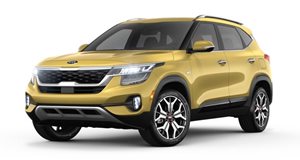 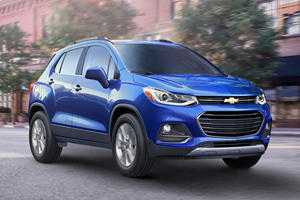 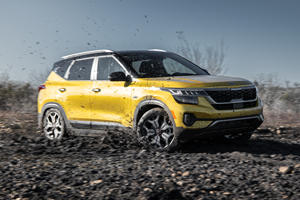 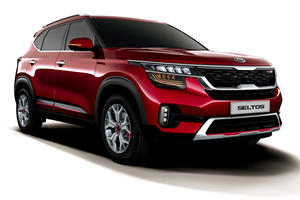