A road rage incident between a biker and driver ends with a pickup flipping onto its roof.

It's always frustrating when you witness an accident that could have been so easily avoided. CBS Los Angeles reports that Chris Traber was sat in the passenger seat of a car cruising on a highway in Santa Clarita, California, when he witnessed a road rage incident erupting between a sedan driver and a motorcycle rider. As things started to escalate, he whipped his phone out and started recording. Little did he know that he was about to film the scene of a chain reaction crash.

It all started when a silver sedan swerved from the carpool lane to the fast lane, nearly hitting a nearby biker. The motorcyclist retaliated by kicking the passenger-side door of the car that nearly ran into them. Just as Traber started recording, the biker went in for another kick. Shockingly, the driver of the sedan then deliberately tried to knock the rider off their bike.

They made contact, but the rider managd to keep the bike under control. The sedan came off worse, causing the driver to lose control and crash into the center divider in a shower of sparks. The impact caused the sedan to veer back into traffic and slam into an innocent Cadillac Escalade EXT pickup, flipping it onto its roof. The 75-year old driver of the pickup suffered minor injuries and was taken to hospital. The driver of the sedan stayed at the scene but wasn't given a citation according to the California Highway Patrol. The biker, on the other hand, didn't stop and is still being hunted by police. 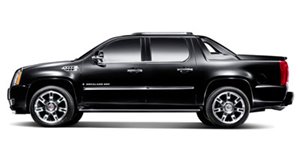 Rumor
Ford Ranger Splash To Be Revived As Electric Truck