SSC boss confirms a Tuatara Jr. is in the pipeline.

Car enthusiasts have been salivating since the SSC Tuatara was first revealed earlier this year. Finally, the long wait is over as the production cycle has begun and deliveries are being made to the lucky few who could afford to get their names on the very exclusive list.

However, with only 100 models planned for production, the majority will have to settle for the eye candy, alone. They'll never know the thrill of hurtling down the road at speeds in excess of 300 mph. Or so we thought.

Jerod Shelby, boss of Shelby Super Cars (SSC), has let slip to Top Gear that the company has always planned to follow the 1,750-hp Tuatara up with a scaled-back little brother.

No official information has been released about this as-yet-unnamed model, though. Most disappointing is that we have no performance figures or even power outputs to fantasize over. However, Shelby promises that the new model will still be a hypercar with impressive capabilities.

He claims that SCC wants to ensure that more people get to experience a taste of what the Tuatara has to offer. Yes, the more mainstream model will unlikely be as powerful or as fast as its limited-edition big bro. But, it will be more accessible with a lower starting price tag and more than 100 models on the market.

It's definitely heartening to know that the Tuatara won't be a one-and-done deal. The expansion of the SCC line-up may open doors we never even knew were there.

Unfortunately, we may have to wait a while yet. SCC has put this promised project on the back burner for the time being. For now, the company is focusing on fine-tuning the Tuatara so that it can make a run at the world land-speed record for a production motor vehicle. The current titleholder is the Koenigsegg Agera RS, although many see the Bugatti Chiron Super Sport 300+ as the unofficial king of speed.

Once we see what this beautiful beast is truly capable of we're sure that enthusiasts will only be that much more excited by what it spiritual successor will be able to achieve. If we're lucky, it may even get the same roaring V8 engine found under the hood of its bigger sibling, if somewhat tuned down for mass production. 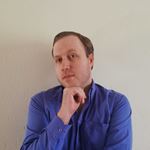 Morgan has always had a love for the written word, which is why he obtained an Honours Degree in English Language Studies. Having spent several years as an editor for a variety of trade magazines, he decided he wanted to try something a bit more exciting and hands-on. This led him to CarBuzz, where he has been writing and editing reviews and blog posts since 2018. A level-headed academic, Morgan enjoys reading about the latest tech in the automotive industry, even though he drives an economical hatchback.