Someone Has Already Wrecked A Porsche Taycan Turbo

The fun only lasted 15 miles.

With customer deliveries of the Porsche Taycan Turbo now underway, customers are finally getting to experience Porsche's first-ever electric sports car. Considering this is Porsche's first foray into the world of electric cars, the Taycan is a very impressive feat of design and engineering.

Powering the regular Taycan Turbo are two electric motors producing a combined 670 horsepower and 626 lb-ft of torque, while the range-topping Turbo S model increases the output to 750 hp and 774 lb-ft of torque. With this level of performance, the Porsche Taycan Turbo is one of the most expensive EVs on the market starting at $150,900, while the range-topping Taycan S will set you back at a whopping $185,000. However, we have discovered a cheaper way to buy a Porsche Turbo. 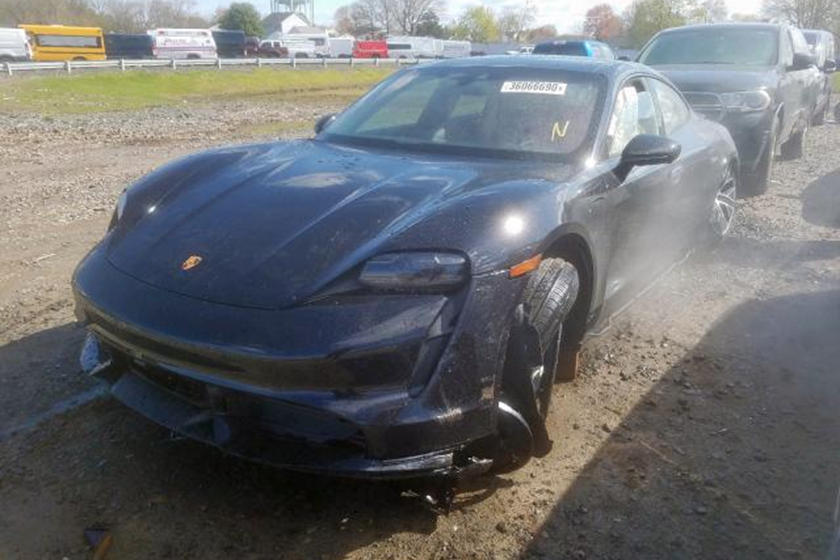 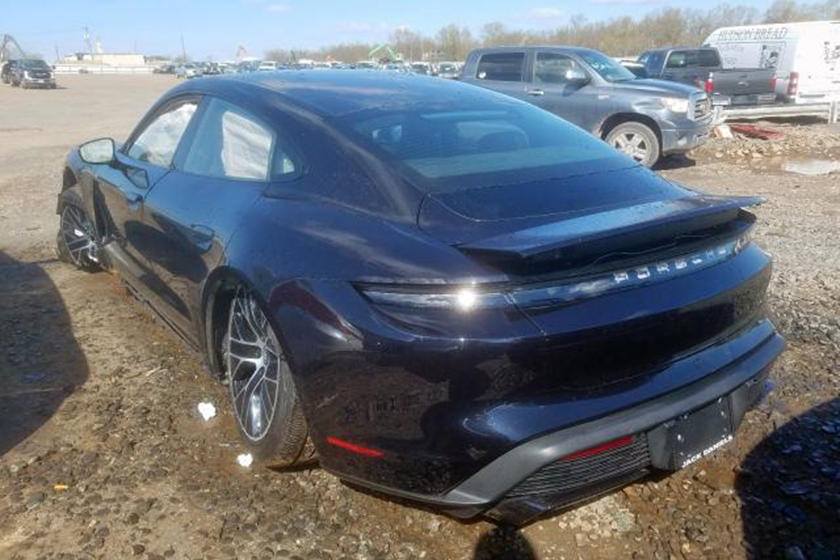 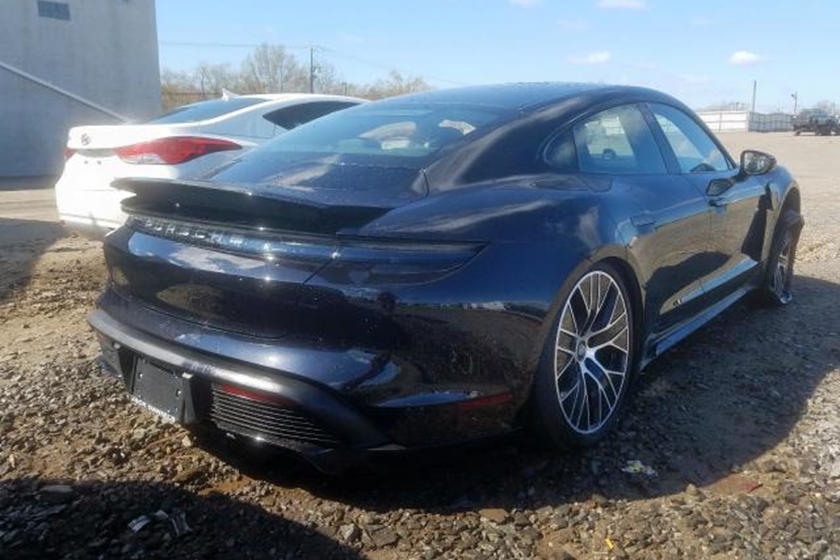 Listed for sale on Copart is a used Porsche Taycan Turbo finished in black. From some angles, it looks like it has some minor wear and tear, but a closer inspection reveals it's suffered some significant damage. The circumstances behind the accident are unknown, but the electric sports car is in bad shape.

According to the VIN listing, the Taycan Turbo lasted only 15 miles before it was wrecked. Chances are the driver didn't have the required skills to tame the electric sports car at high speed. The driver's side front fender and part of the bumper is scratched, and the front alloy wheels are twisted. 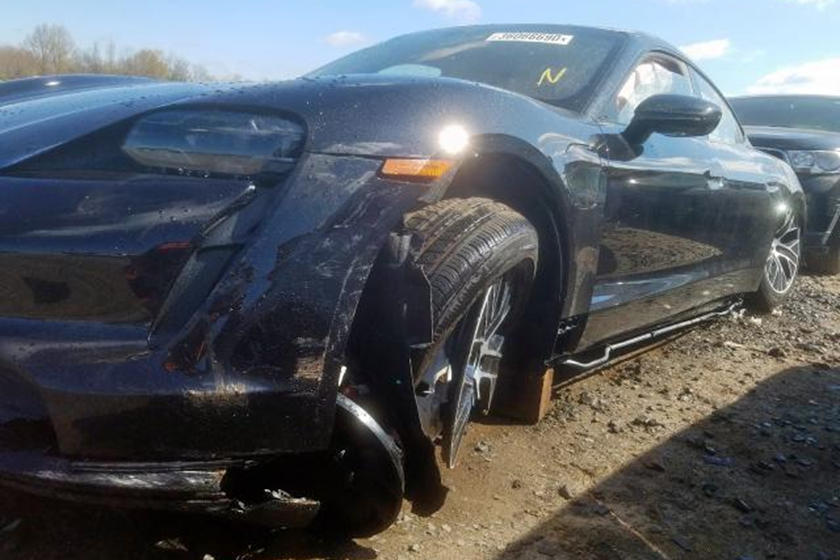 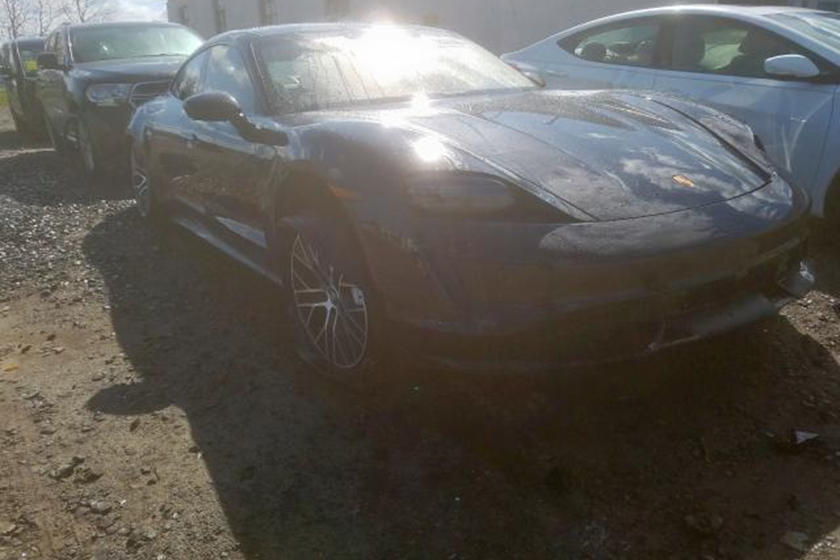 According to the auction listing, the Taycan has also suffered serious underbody damage, so it will most likely be totaled. The side curtain airbags also deployed, so it must have been a nasty smash-up.

Judging from the position of the rear wheels, the rear suspension has collapsed, suggesting the Taycan got some huge air and suffered a hard landing. Even if the car can be salvaged, it certainly won't be cheap to repair. There's no auction estimate, but someone could end up with a sports car bargain if they're looking for spare Taycan parts or a salvage project. 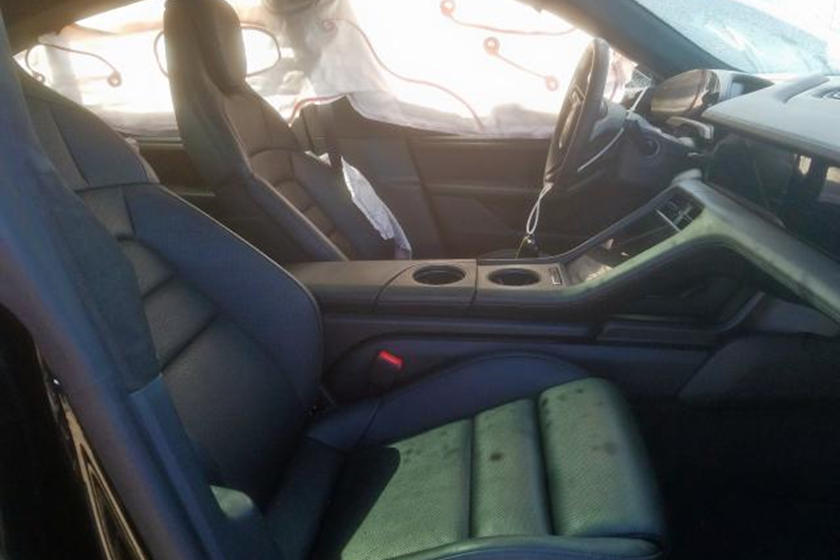 Teaser
Teased! First Look At The New 2021 Lexus IS

Industry News
There Are Big Changes Happening At Infiniti 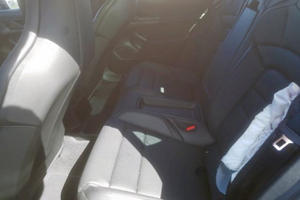 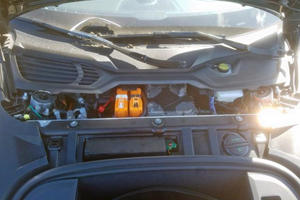 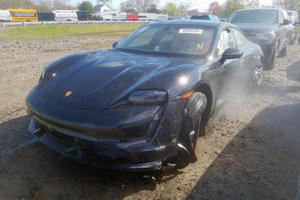 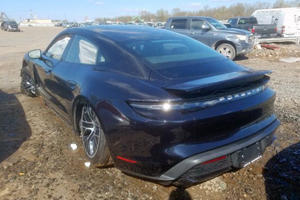 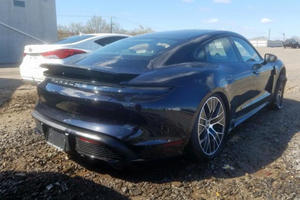