Something Is Seriously Wrong With This 2020 Toyota Supra

Is anyone brave enough to fix this ruined 2020 Toyota GR Supra?

Just one year after the 2020 Toyota GR Supra launched, the 2021 version arrived with some significant changes including more power and improved handling, as well as a new, more affordable 2.0-liter turbo four-cylinder base model. To get rid of stock, Toyota slashed the price of the 2020 GR Supra by thousands of dollars.

If you want to pay even less, this 2020 Toyota GR Supra listed for sale on Insurance Auto Auctions could be a sports car bargain - but it will require some extensive maintenance. From a quick glance, this Toyota GR Supra appears to be in great condition.

Don't be deceived, however, because it's suffered some serious damage. That's because this 2020 Toyota GR Supra is flood damaged.

Exactly what happened to this 2020 Toyota GR Supra isn't known, but the damage was serious enough for it to be totalled. The listing states the car has "secondary" mechanical damage but doesn't provide any specific details so we don't know which components were damaged. However, a video posted by IAA shows that the Japanese sports car's 3.0-liter turbocharged six-cylinder is still in working order, so there is still hope that someone can salvage the car and restore it to its former glory.

Alternatively, the car's 3.0-liter turbocharged six-cylinder could be used for a wild restomod project. Tragically, this 2020 Toyota GR Supra had covered just 2,639 miles before it was wrecked.

The listing also claims this 2020 Toyota GR Supra is a Launch Edition, only 1,500 of which were made. When it was new, the Launch Edition was being sold with outrageous markups as dealers took advantage of the car's rarity and high demand. There are no auction estimates, but this flood-damaged example should sell for a fraction of the car's original $57,000 MSRP. Is anyone brave enough to try and fix this flood-damaged Toyota GR Supra? 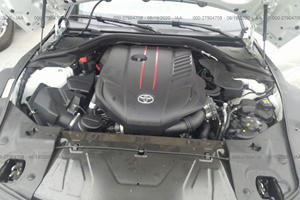 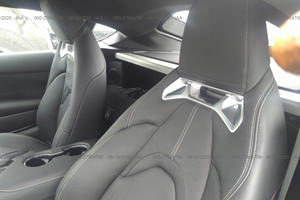 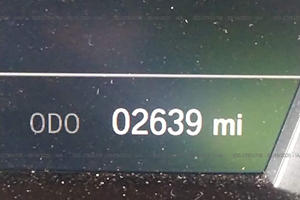 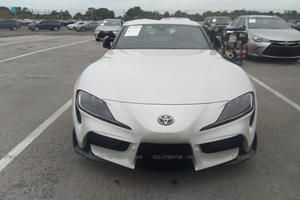 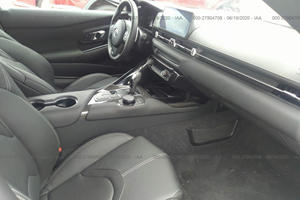