Production could come to a halt in May 2023.

Mercedes-Benz has taken to the EV life like a hip hop artist to the backseat of a Maybach, and the company looks set to reach its carbon-neutral targets if it continues at this rate. At the forefront of its electric crusade is its range of EQ electrified vehicles. The German manufacturer has launched an entire lineup of EV vehicles, including the EQA and EQB SUVs, with the EQS and upcoming EQE representing the sedans. Unfortunately for us Americans, certain models such as the Mercedes EQC never made it stateside. This crossover SUV, manufactured at Mercedes' German factory in Bremen is a direct competitor to the Tesla Model X, and rumors are swirling that this young buck's life is to come to an end in 2023 according to a letter sent from the manufacturer to its sales partners.

It's believed that the production of Mercedes-Benz's first electric model, the EQC, will come to an end on May 3 2023. When approached for comment byGermany's Business Insider, a Mercedes spokesperson simply stated that they did not have any comment on "speculations about future model series and their planning."

If the May 2023 date is correct, then it would mean a very short life for the EQC, which was launched in mid 2019. There is a good reason for this however; it simply hasn't been selling well. The EQC, which is based on the ICE-powered GLC sold less than 4,000 units in Germany in its best sales year (3,825 in 2021), and sales have been plummeting since, with only 1,147 cars being registered in that country in the first half of 2022. Back in October of 2021, Mercedes claimed that it would be bringing the EQC to the US by 2025, but that looks like hopeful thinking in hindsight.

To make matters even worse for the EQC, Mercedes-Benz is getting ready to launch SUV versions of the EQS and EQE, which should draw even more attention away from the ailing crossover. Cars such as the EQE will be based on the bespoke-for-electric EVA2 platform and should promise improved power, range, and charging times. Luckily for Mercedes-Benz North America, BMW also didn't bring its iX3 to the states, and the Jaguar I-Pace is begging for a replacement.

9 Cars You Forgot Are Still On Sale
Source Credits: businessinsider.de 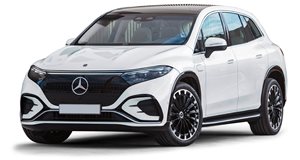 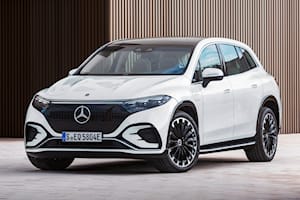 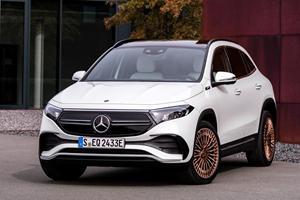