SPIED! Watch And Listen To The New G80 BMW M3

It goes without saying that the upcoming BMW M3 is one of the most hotly anticipated unveilings we're likely to see this year. It's based on the legendary BMW 3 Series, of course, which in its latest generation has impressed with its improved dynamics and better quality interior. The current 3 has also atoned for most of the issues inherent in the F30 3 Series, which lost a lot of ground to the competition through the years, most notably in terms of driving enjoyment.

With the new G20 as a base, the upcoming M3 should be a blast, and our excitement has gone up a few notches after a prototype of the M3 - codenamed G80 - was videod in partial camouflage prowling the streets of California. The video confirms a couple of things - some positive, and some distressing.

On the plus side, the video caught the M3 just as the driver planted his right foot, and the new S58 3.0-liter straight-six turbo sounds really good. It still isn't as visceral as the E46's straight-six shriek, but the deeper tone sounds the business here. Already in use in the X3 M, the engine produces 473 horsepower and 442 lb-ft of torque, making it the most powerful six-pot ever produced by BMW. Even if these outputs aren't increased in the M3, the sedan should comfortably outpace the X3 to 60 mph (the X3 M takes just 4.1 seconds to complete the benchmark sprint).

That's the good news. On the downside, the video also makes it clear that the controversial, elongated kidney grille that has been spied/rendered over the last few months wasn't just a figment of our imaginations. We hoped it was, to be honest, as it's hard to make peace with such a gaping front fascia. That said, initially shocking BMW designs have surprised us before by being more palatable in the flesh, so let's wait and see how that turns out.

For the rest, we've covered the major changes to expect with the new M3 and the closely related M4 Coupe. Aside from the dual-clutch transmission being ditched in favor of a torque-converter automatic, we're relieved that a manual gearbox will still be offered. We also anticipate that the M5's xDrive system will find its way into the M3, although rear-wheel-drive variants will still be offered.

Expect high-performance versions wearing the CS and Competition badges, too, and these should give the Mercedes-AMG C63 and the Alfa Romeo Giulia Quadrifoglio plenty to think about. Top-notch dynamics are all but cast in stone - we just hope that we can learn to appreciate the new M3's looks. 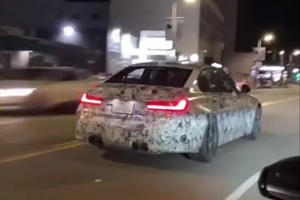 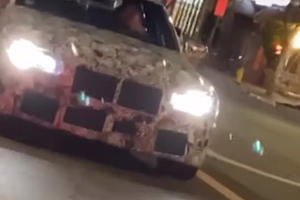 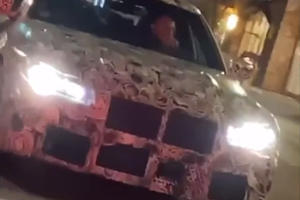 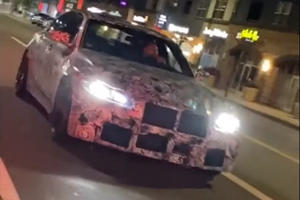 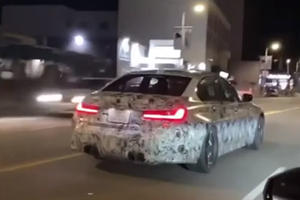