The massive amount of panic buying was one of the most confusing things about the Covid-19 pandemic, at least from a social perspective. But as it turns out, people aren't the only species guilty of panic hoarding. Squirrels usually spend the autumn season gathering food for the winter, but one insanely resourceful squirrel decided to do it in just four days. There was only one problem. Instead of storing his nuts in a safe, immovable object, this squirrel kept his nuts under the hood of a Chevrolet Avalanche.

Just how many nuts can a squirrel store under the hood of a Chevrolet Avalanche? The answer is hundreds. Just imagine how many nuts he could get into a car with a bigger engine bay?

The owner of the car, Bill Fischer, parked the Chevy four days earlier. He started noticing the squirrel run along the frame rail and up to the front. While doing so, he reportedly also taunted Fischer's dog.

The black walnuts found in the North Dakota region are about the size (and color) of a lemon. Once Fischer had cleaned the car, he had 150 lbs of nuts. There were still a few nuts left over, however. After removing them, Fischer went for a drive. He turned a corner and found another rolling down the windshield. In the end, he had to remove the bumper and fenders to get most of the nuts. There are still a few that are entirely irretrievable.

It seems this particular squirrel is not just resourceful when it comes to storing his nuts. Fischer also mentioned a rival gang of grey squirrels that have attempted to get to the black walnut tree in his yard, but this lone red squirrel fought them off. This is not the first time squirrels used a car for storage either. The wildlife in Switzerland is slightly classier than American squirrels, once recorded storing their nuts in a 1974 Porsche 911 Targa.

This is another timely reminder that cars and wildlife don't mix. Earlier this week, a black bear tried to steal a Lexus RX. If you live near squirrels, you might want to lift the hood every once in a while to check for nut infestation. Fischer kindly gave the nuts away to friends and neighbors. The squirrel could not be reached for comment. 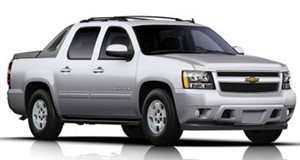