If you've been watching much TV lately, then you've likely seen Steph Curry in an advert for Infiniti. But this prank video they put together is definitely a highlight. The hilarious clip has the basketball superstar call in his friend COSeezy to take part in an advert for a new concept car that Curry "helped design."

The setup is beautiful. They used a full film crew to make COSeezy think he was about to give his feedback on Curry's secretive "Future of Luxury" concept. What he sees when Curry pulls away the sheet, though, is an ugly car made even uglier.

The car is a single-seater GO-4 built by Westward Industries. You may have seen one before being used as a city work truck for odd jobs, or even being used by police or security agencies for patrols or as a parking enforcement vehicle. There are many ways you can describe a GO-4, but the long and short of it is that "luxurious" isn't one of them – with or without the ludicrous homemade body kit. However, Curry goes for it as he tries to sell his friend down the river in the name of comedic entertainment.

Curry shows some real commitment and talent by not letting up on selling the concept to his friend, despite how patently ridiculous it is. He even gets some awesome quotes out of COSeezy, who does not want to let his friend down. "It's a one seater," he says when put on the spot, "that's luxurious enough for me."

After stretching the awkward, uncomfortable, prank for out by getting reaction shots from COSeezy, Curry eventually puts him out of his misery. Infiniti did take a concept to the shoot though, rolling out at the end the QX Inspiration Concept it first unveiled earlier this year at the Detroit Auto Show. 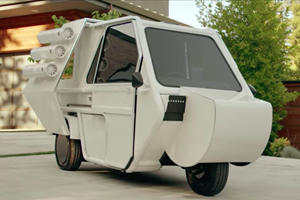 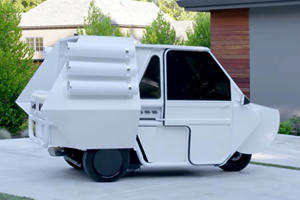 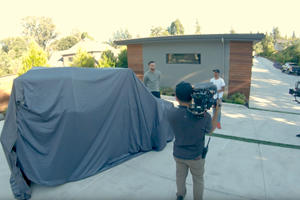 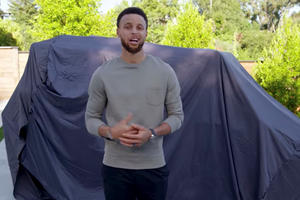 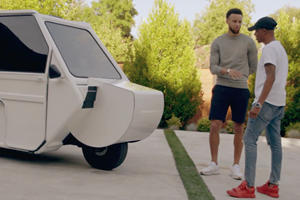