Subaru Is Preparing 4 New STI Models: Is The BRZ One Of Them?

It may finally get that extra oomph it needs.

In a recent discussion with the Australian car site Motoring, the president of Subaru's STI division just said that the brand has big plans to add at least several new cars to the STI performance lineup. This is great news, especially for fans of the BRZ who have complained about its lackluster engine specs.Subaru Technica International, known by most as STI, wants to make itself "a truly global brand," in the words of its president, Yoshio Hirakawa. This means expanding the division's offerings far beyond the current WRX STI.

The most specific information that STI's president was willing to reveal is that it wants to come out with four new, standalone STI models for Subaru in the very near future. Most notably, STI acknowledges that the Subaru BRZ has been long overdue for an increase in power. Hirakawa said development is already underway for adding a turbo to the Liberty (Legacy) and that the WRX-based Levorg is also confirmed. These could be on sale as soon as 2016. A turbo isn't a possibility for the BRZ due to numerous complications with packing and crash test incompatibilities. That being said Hirakawa did say an electric turbo is an option that's on the table. 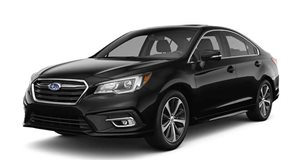