Subaru Plans To Name Something 'Evoltis'

Subaru is planning to put its first proper plug-in hybrid on sale before the end of this year, and now we might know what it's going to be called. Thanks to a U.S. trademark filing found by Car and Driver, Subaru Corporation of Japan was granted a code 1B for the name 'Evoltis.' Code 1B indicates "intent to use," which obviously doesn't commit Subaru to using the nameforthis particular vehicle, but it does indicate the automaker will likely use it for something EV related in the future.

For example,Evoltiscould be the brand name given to the company's hybrid drive system, an ecosystem of chargers, or perhaps even the name of the charging hardware itself. Regardless of what Subaru decides to call the model, a plug-in hybrid will absolutely debut by the end of the year as California Zero Emission Vehicle regulations require one in order to sell cars in CARB states. There are also plans for an electric car, but that's likely much further down the line. We also know the Subaru plug-in will make copious use of Toyota's excellent hybrid technology, which has made the Prius a proven and popular choice among eco- and budget-minded consumers.

Look for Subaru's PHEV drivetrain to mimic the Toyota Prius Prime rather closely, especially if engineers make use of Toyota's E-Four all-wheel-drive system, which adds a third electric motor to drive the rear wheels. The brand has previously sold the Crosstrek Hybrid, but that was a rather mild and underwhelming compliance effort, which wasn't actually all that good on gas. However, even with proven technology, it's unlikely the Subaru plug-in will be capable of mimicking the Prius Prime's EPA-rated 25 miles of all-electric driving range, especially when you factor in Subaru's AWD requirement and the additional weight from a crossover-like body. 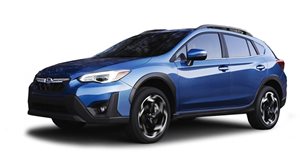 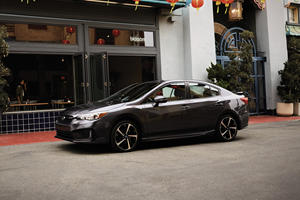 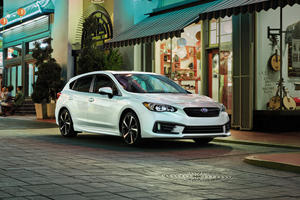