Possibly as soon as next month.

The refreshed 2021 Porsche Panamera lineup was revealed last week with the most powerful variant being the new Turbo S with 620 horsepower and 604 lb-ft of torque. The outgoing 2020 Panamera Turbo, for example, "only" had 550 hp. The new Panamera 4S E-Hybrid trim is also very impressive with a total of 552 hp and 553 lb-ft - nearly the same as the outgoing Turbo. And this had us wondering: what about the updated Turbo S E-Hybrid? It was not included in the debut, after all. Fortunately, we won't have to wait too much longer to have answers, according to Australia's Which Car.

Thomas Friemuth, Porsche's vice president of the product line for the Panamera, not only confirmed this ultimate Panamera is coming very soon but also implied the new Turbo S E-Hybrid will be quite a bit more powerful than its predecessor, which currently makes 680 hp and 626 lb-ft.

"The product line will, as you know from the past, have three hybrids. So, the base hybrid and the Turbo S E-Hybrid will come in the next month," Friemuth said. "I can't say much about is because we haven't launched it yet, but be sure we will increase the main data." Friemuth did admit the Panamera's electric motors can now produce 134 hp, so it's technically possible that once the 4.0-liter twin-turbo V8 is added to the equation, the 2021 Panamera Turbo S E-Hybrid could have nearly 740 hp, enough to surpass the Porsche 911 GT2 RS (700 hp).

"The Turbo S E-Hybrid, on a track like the Nurburgring, will not be faster. It has more horsepower but in terms of the weight of the car, at the Nurburgring, the conventional Turbo S is faster."

Still, a Porsche Panamera with around 740 hp on tap is pretty incredible. Thanks to electrification, the Turbo S E-Hybrid will also be more powerful than the Ferrari 488 Pista and McLaren 720 S (both 710 hp), and Aston Martin DBS Superleggera (715 hp). Every day we're getting closer to the 2021 Panamera Turbo S E-Hybrid's reveal. Stay tuned. 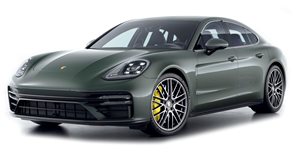 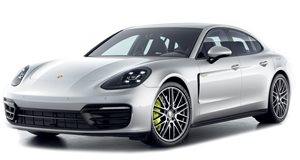 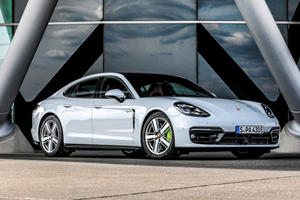 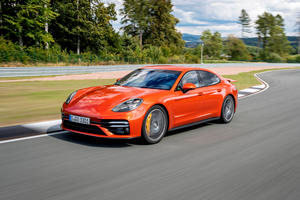