Suzuki gears up for the Shanghai Motor Show with a new c-segment sedan concept.

With the New York Auto Show behind us and the Seoul Motor Show wrapping up, the next major car show on the horizon is set to take place in Shanghai later this month. Among the cars that will be on display at this year's Shanghai Motor Show will be a Suzuki concept called Authentics. Previewed in this pair of renderings, the show car is said to be sporty and elegant with a "rich and fine curved surface". Sources indicate this could simply be a sedan version of the new SX4, just as there was of the outgoing model. 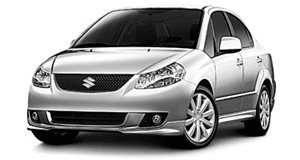 Supercars
Ferrari Has Something To Say About V12's Future