TEASED: This Is The All-New Acura MDX

America's best-selling three-row is getting a brand-new look.

The Acura MDX hasn't received a major update for quite some time. The current (third-generation) three-row crossover debuted back in 2013, and fancy paint from the NSX supercar isn't enough to keep it from looking dated in today's market. The MDX is not the stellar option it once was, but a new model is now on the way with which Acura looks poised to reconquer the mid-size luxury segment.

Acura has today revealed that the fourth-generation MDX will debut in prototype form on October 14, 2020. A single teaser image shows a neon outline of the new MDX and a short video reveals the car's lights and curves.

"We're accelerating Acura's commitment to Precision Crafted Performance and this fourth-generation MDX is the most ambitious and consequential redesign of an Acura core model in our history," said Jon Ikeda, vice president, and Acura brand officer. "This all-new MDX will take us into new territory in terms of performance, prestige, and emotional appeal."

After more than two decades on the market, more than one million units of the MDX have been sold making it the best selling three-row luxury SUV in America (a specific, but important milestone). Acura says this new model will usher in a new era for design, performance, technology, and craftsmanship, which has already been previewed with the recently-revealed TLX sedan.

Like the new TLX, we expect this new MDX to ride on a new platform and utilize new engines; Acura might even announce a Type S version.

Based on leaked images from last year, the new MDX will borrow a few styling elements from its siblings, the TLX and RDX. The teasers show Acura's signature Jewel Eye LED headlights at the front and the Chicane LED taillights at the back. The new MDX will also be wider, lower, and longer than the model it replaces and we expect the interior to adopt the company's latest True Touchpad infotainment interface. Since the car is only being shown as a prototype, pricing likely won't be available until next year. 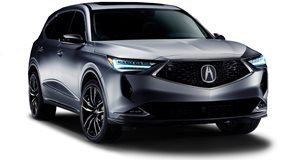 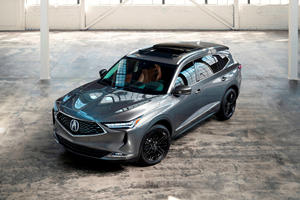