This bespoke beast is 35 feet long and weighs a whopping 24 tons.

Measuring 35.4 feet long, 8.2 feet wide and 10.4 feet tall, the Dhabiyan is being hailed by its creator as the world's largest SUV. The ten-wheeled monster SUV is described as a "desert ship" and weighs a whopping 24 tons. 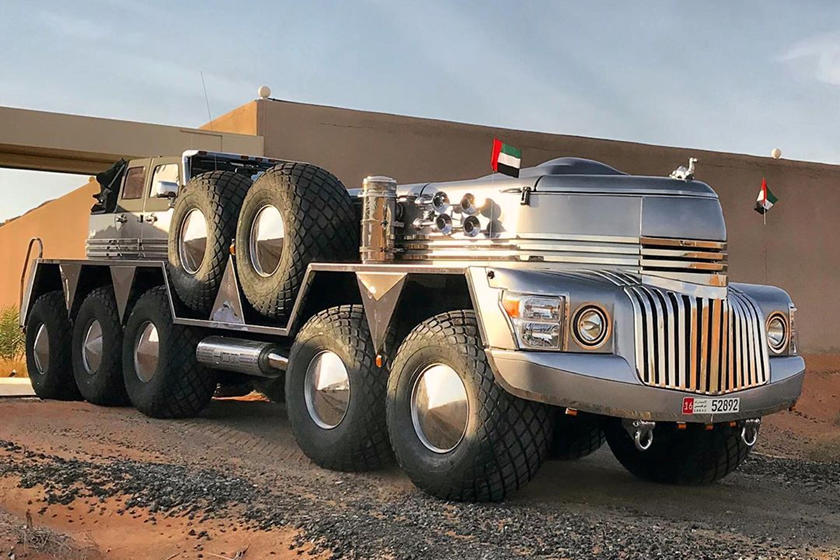 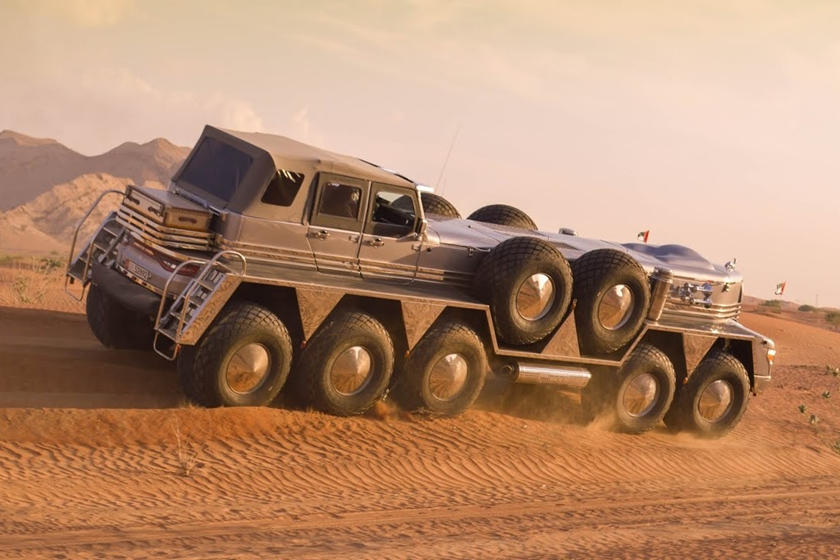 The Dhabiyan is based on the US Oshkosh M1075 military truck and is equipped with the truck's original 15.2-liter Caterpillar diesel engine producing 600 horsepower. No performance specifications have been revealed, but it probably isn't very fast off the line considering how much it weighs.

To create the unique and menacing design, Sheikh Hamad merged the front of a 1940s truck, the cab from a modern Jeep Wrangler Unlimited, the lights a Ford Super Duty and the rear bumper from a Dodge Dart. We wouldn't like to guess how much this behemoth would have cost to build. While you can watch a video of the Dhabiyan tearing up the desert, the enormous SUV is believed to be currently on display at the Emirates National Auto Museum. 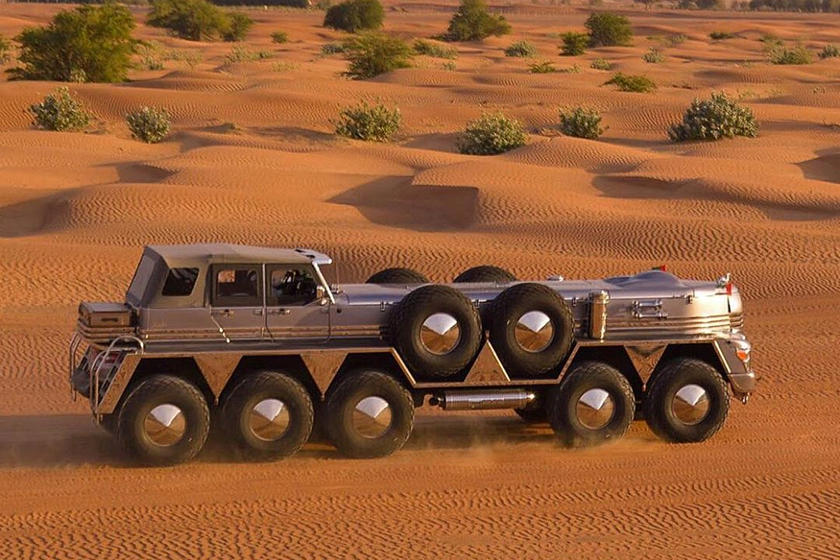 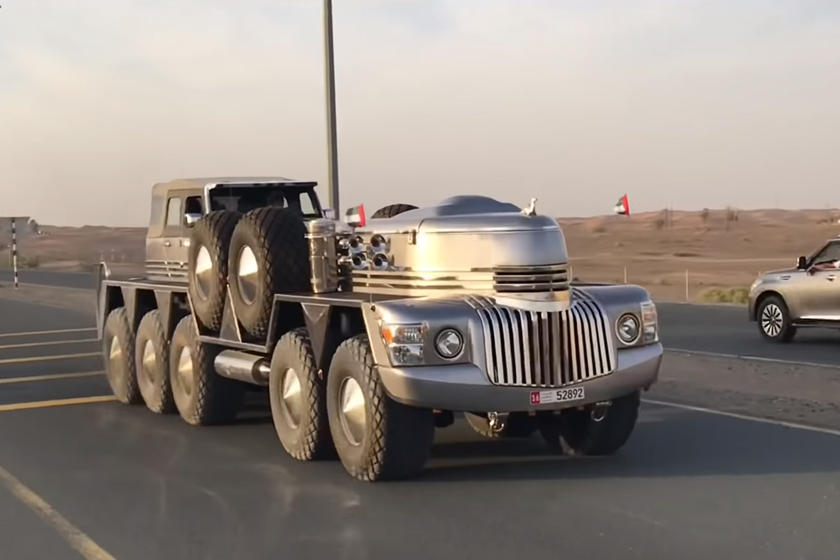 Sheikh Hamad is well known for his crazy car collection, although the Dhabiyan is undoubtedly his most insane creation yet. When he got married, he had Mercedes-Benz build him an S-class for each color of the rainbow from the upholstery to the wheels, which earned him the nickname "The Rainbow Sheikh". He's also well-known for his 64:1 scale Dodge Power Wagon that comes complete with four air-conditioned bedrooms, a living room and a bathroom. 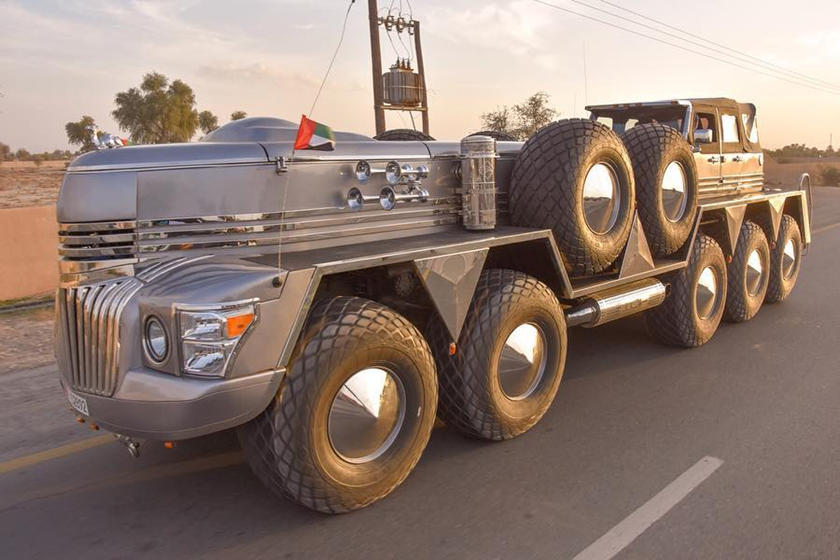 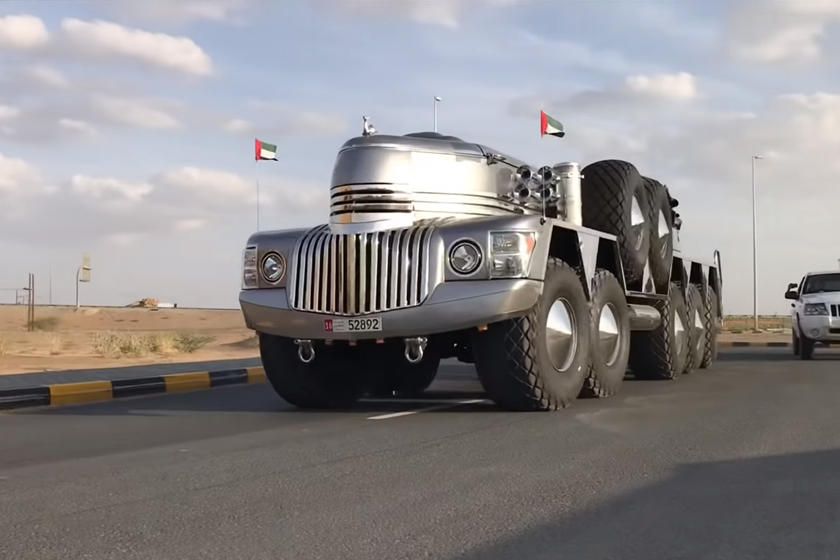 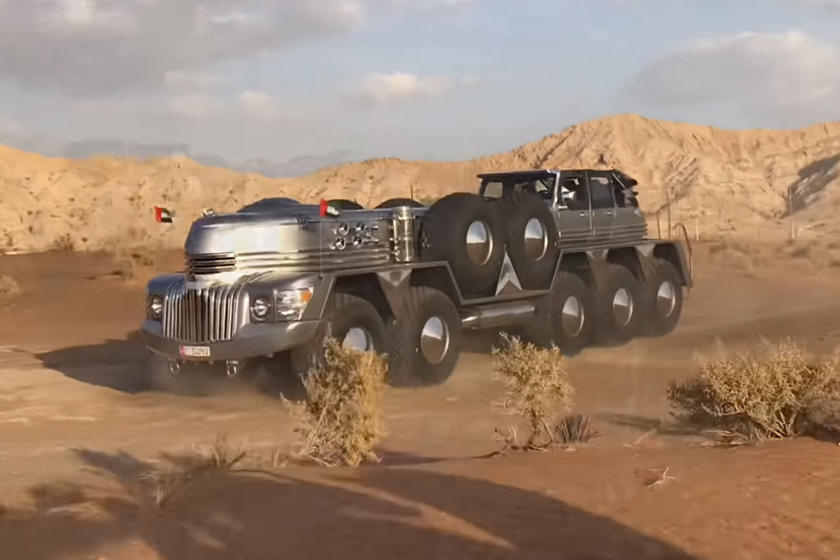 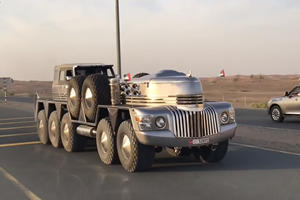 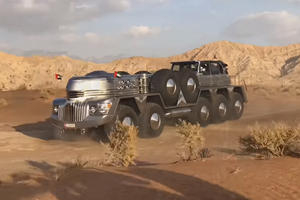 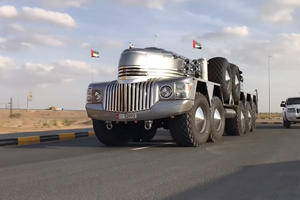 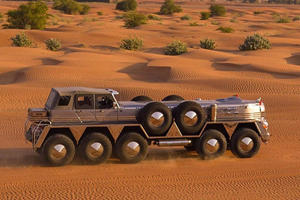 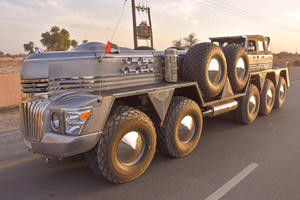 Rendering
The Ferrari F40 And Ford GT Have Given Birth

First Look
2017 Mercedes G-Class First Look Review: The Perfect Sequel
It may not look like it on the surface, but this is the most important G-Class ever.