Aside from their all-electric powertrains, Teslas sometimes also function differently than some traditional combustion-engined vehicles. One prime example is their touchscreens, which typically control a range of functions, including the infotainment system and more basic things like the windshield wipers. Although the latter might seem like a very basic task, doing so in a Tesla Model 3 requires drivers to temporarily take their eyes off the road.

According to German publication Auto, Motor und Sport, the owner of a Model 3 crashed his car in March 2019 while adjusting the wipers via the touchscreen. He drove off the road and crashed into some trees and, fortunately, no one was injured. But authorities considered this to be a case of distracted driving and the guy was given a 200 euro fine and a month-long driver's license suspension.

The driver obviously wasn't happy about that and so he fought it in court. And now a judge has ruled, agreeing with the original punishment. The Higher Regional Court in Karlsruhe has determined the Tesla's touchscreen is very much an electronic device and the driver caused the crash because he was distracted by it, plain and simple.

The ruling states the following: "The touchscreen permanently installed in the vehicle of the Tesla brand is an electronic device within the meaning of Section 23 (1a) sentence 1 and 2 StVO, the operation of which the motor vehicle driver is only permitted under the conditions of this regulation, it does not matter what purpose the driver pursues with the operation."

In response, the driver claimed that because the touchscreen also serves as the speedometer (which also provides very useful information), the system should be considered to be a "safety control panel." The court disagreed because unlike just starting ever so briefly at the speedometer, turning on the wipers is a more timely process because it involves selecting the correct menu function.

But there's a more critical element to this: Teslas, including the Model 3, are all equipped with a regular old analog wiper control switch on the steering wheel. Why didn't the driver simply use that instead of working through the touchscreen functions? The court clearly thought the same. 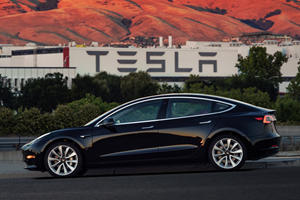 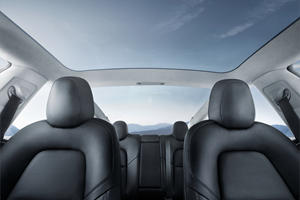 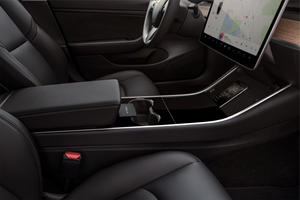 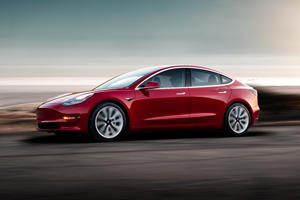 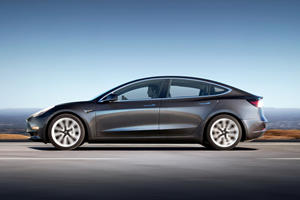