Before then, the Model Y will debut on March 14.

Elon Musk recently confirmed that we don't have long to wait for the Model Y to arrive, as the electric crossover is debuting next week on March 14. That will leave the automaker's upcoming electric pickup truck as the only announced Tesla model that hasn't debuted yet.

We'll have to wait a little longer for it to arrive, however, as Elon Musk has confirmed on Twitter the Tesla Truck won't debut until "later this year." In another Twitter post, he confirmed it will debut with a futuristic design. "Personally, I'm most excited by the Tesla Truck," he said. "Maybe it will be too futuristic for most people, but I love it."

Testing of the Tesla Truck appears to be underway, as a Reddit user recently spotted what appears to be a test mule being carried on a transporter with another Tesla. Contrary to Musk's comments, the design looks rather sedate, so we're likely looking at an early test mule that appears to be based on an F-150.

So far, Tesla has only released a single teaser image of its upcoming pickup back in 2017 during the reveal event for the Tesla Semi and the second-generation Tesla Roadster. The teaser showed a massive Tesla pickup that could fit a Ford F-Series pickup in the bed, but it remains to be seen if the road-going model will be this large.

While we now have confirmation the Tesla pickup will debut later this year, it will most likely be a prototype rather than a production model. The exterior and interior styling of the prototype should be mostly identical to the production model, but there could still be a few changes by the time it enters production.

While the Tesla Truck probably won't sell as well as the Model Y, this doesn't seem to faze Musk as the CEO is more excited about the pickup than any other Tesla model. "I'm personally super-excited by this pickup truck. It's something I've been wanting to make for a long time. And I've been iterating sort of designs with Franz… It's like I really wanted something that's like super-futuristic cyberpunk," he told Recode last year. "If there's only a small number of people that like that truck, I guess we'll make a more conventional truck in the future. But it's the thing that I am personally most fired up about. It's gonna have a lot of titanium."

Since the Tesla Truck was teased, US startup Rivian has already set the standard for electric pickup trucks with the R1T prototype that debuted at the LA Auto Show with a 400-mile range and four electric motors delivering a combined output of 754 hp and 826 lb-ft of torque. We'll have to wait and see how the Tesla pickup compares later this year.

Technology
This Gadget Will Make You A Better And Faster Driver

Supercars
Bugatti And Lamborghini Futures Will Soon Be Decided 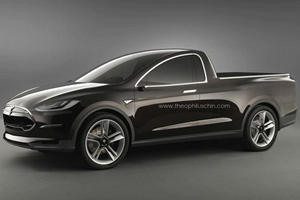 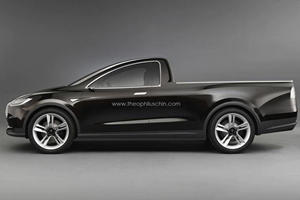 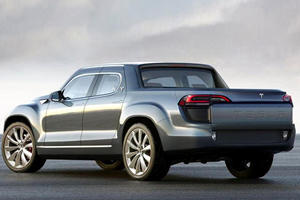 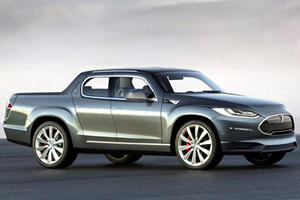 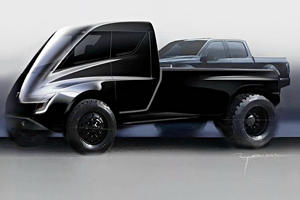