Tesla, historically, hasn't had the best reputation when it comes to quality. The EV manufacturer's shaky relationship with reliability started all the way back with the first-generation Tesla Roadster; early cars had a two-speed automatic transmission that, it turned out, couldn't handle the electric motor's sudden, monumental torque for very long, forcing Tesla to lock out first gear while they sourced a single-speed unit. More recently, the Tesla Model 3 garnered a reputation for spotty paint quality and accelerated paint wear on the rocker panels.

Now, Tesla Model Y owners have spotted what seems to be some cheap home improvement material on a critical part in his $55,000 electric crossover. It's... odd. 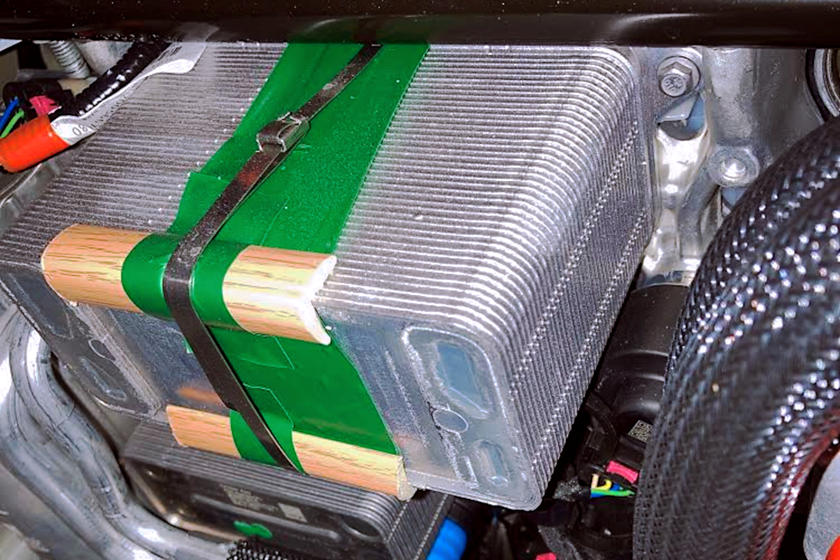 The material in question appears to be some faux-wood corner molding, like the sort you might find at a big box home improvement store. It can be purchased for about $1 per foot - you know, if you ever felt inclined to use it on your own car.

In the Model Y, the molding is taped into place on the front edges of the liquid-cooled condenser - basically an air-to-coolant heat exchanger whose task is to cool various components. It's an incredibly complex, well-engineered piece of kit, which makes the fact that it was partly clad in cheap faux wood all the more surprising.

But how did the owner, known on the Tesla Motors Club forums as Brown1428, find this strange material in his car? The answer to that question is even more disappointing.

Brown says that he tried to have Tesla take back his Model Y in order to correct some unsavory panel gaps; as delivered, he says, "the fenders and headlights... were horribly misaligned." After Tesla refused, saying that everything was within spec, he elected to do some realigning himself, pulling out his "frunk" liner - and finding the Home Depot patch fix - in the process.

Bear in mind: the faux wood trim hasn't been used on every Model Y produced so far, but nor is Brown the only one to have found it in his car. But Brown, for one, is taking it like a champ, remarking in the TMC Forums:

"Is it a big deal that Tesla used faux wood trim during assembly of my vehicle? No. Is it funny? Yes, yes it is!" 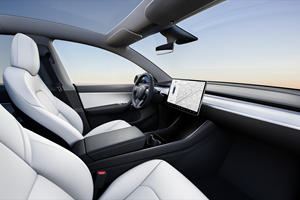 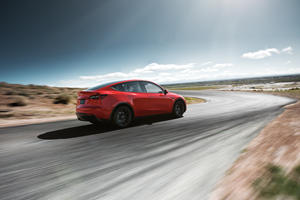 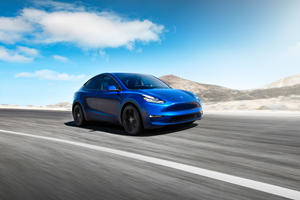 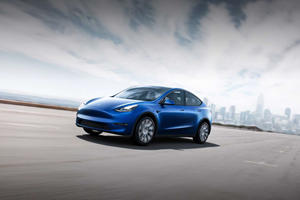 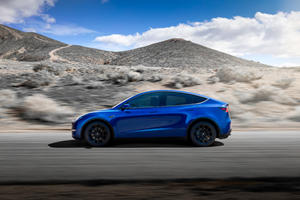